I paddle canoes, canoes are boats paddled forwards (the way you face) using a single bladed paddle that is not attached to the boat. I usually paddle by myself because nobody likes me, poor me. What I paddle is called single canoe, or C1, C stands for canoe, 1 stands for single. There are also C2s and C4s with lots more people in them and are really cool team sports. 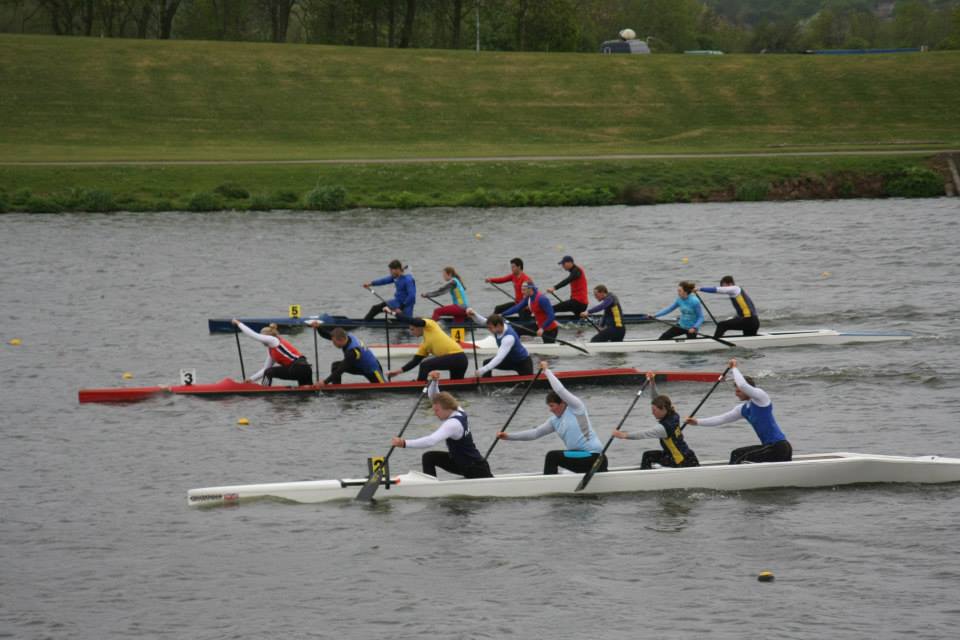 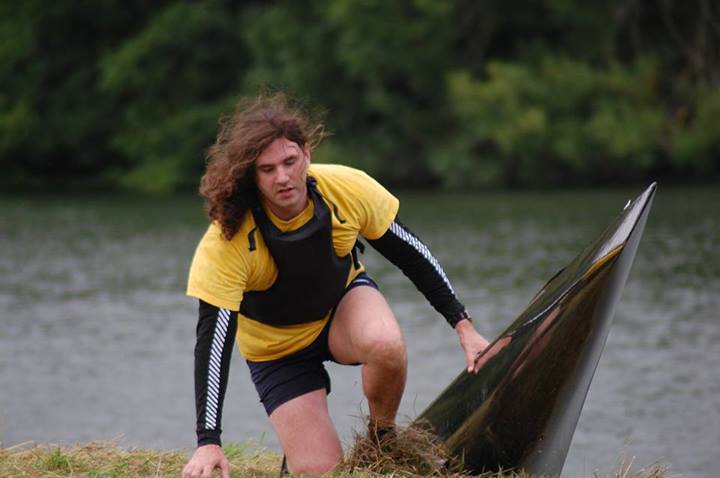 These are all types of canoe racing, the idea is to complete a course in the fastest time possible.

In marathon, the course is over a long distance and the canoeist will have to take their boat out of the water and carry it around obstacles. Courses range from a couple of miles to hundreds of miles, they can be laps, out and back, or A to B races. They're so variable, basically like running marathons.

Wildwater is a little bit like an A to B marathon, except the race isn't as long, it only lasts about 20 minutes, or there is a "sprint" format which lasts about 3 minutes. So it's a bit easier right? Wrong! Imagine it's 20 minutes, but it's got lots of rapids on it, and the boat you're in is designed to go fast and in a straight line. This is like going for a run, but instead of running along a nice bit of road, you're running down a hill, and there's some park benches to jump over, or some steps, or a wall you have to climb. Basically, this is canoe racing, with things you have to do mid canoeing. It also hurts when it goes wrong, which actually makes it good, if you consider pulling your shoulder and getting sucked underwater and half drowned "good" wildwater canoeing is definitely good.

In slalom, the idea is like wildwater, only the course is shorter, and you have to stop and go round poles as well.

I've done all of these types of canoe paddling, however my favourites are marathon and wildwater. Slalom is also fun, you get to go round and round in circles. Sprint isn't too bad either, you get to go in straight lines, and there are C4s, C4s are very cool.

Things that canoeing is not: 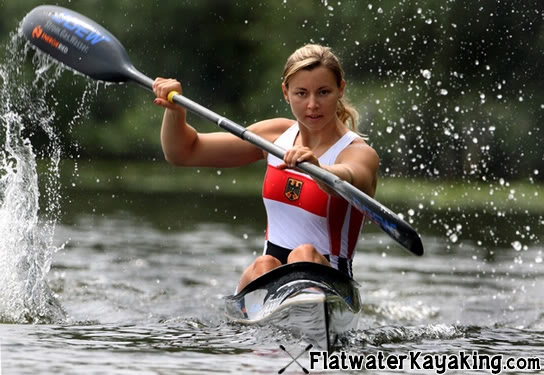 Figure 2: Kayaking, a sport under the same governing body which is not canoeing, but is very similar.

Canoeing is not kayaking, although to be fair to my kayaking friends, the term is commonly used to encompass both terms in British English, but you'll end up with people being pedantic with you if you call kayaking "canoeing". Kayaks are different from canoes because they are propelled using double bladed paddles instead of single bladed paddles, the paddle blades are not parallel to each other, so the paddler will use one hand to twist the blade and the other loosens slightly to allow it to do so, or something like that, it's how you get right or left handed kayak paddles. Some people think kayaks are enclosed and canoes always have open decks, but this isn't actually true, I have some closed deck canoes and there are open decked kayaks. Another difference is that the canoeists often kneel down, whereas kayakers sit down, but again some canoeists sit down as well. Kayaks travel faster than canoes because they are paddled on both sides smoothly and they are raced and ranked separately from canoes, although both of us are part of the same sport, called Canoe/Kayak (canoe is the numerator of course because it's better than kayak ;-)) or paddlesport, which is governed by the International Canoe Federation (ICF), which despite it's name also governs kayaking. Because we're part of the same sport, a lot of the terminology is the same, for example, kayaks are called K boats, K1s, K2s and K4s all exist.

I don't do kayaking, it doesn't really appeal to me, plus kayaks are wobbly. You get all the same types of kayaks as you do canoes, plus a few more, so you can have as much fun in kayaks as you can in canoes, if you happen to prefer kayaks. 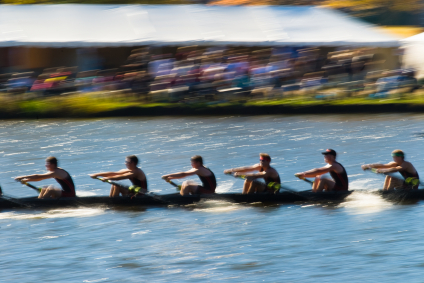 Rowing is often confused with canoeing. It's really quite different though. The similarity between canoeing and rowing is that they are boats propelled by humans. The similarity ends there, they are about as similar as judo and wrestling. 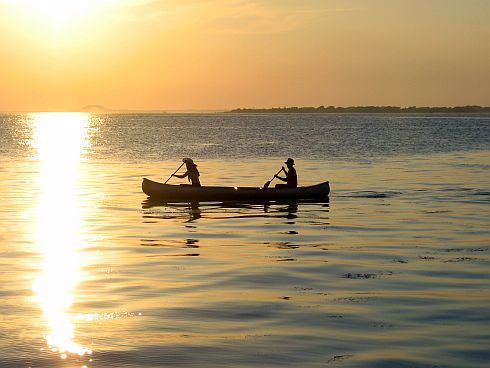 Figure 4: Canoeing as a gentle summer sport, which it can be, but canoeing is also a hard sport for tough people.

Canoeing can be a relaxing activity, but what I'm talking about is racing canoeing! Canoe racing is a hardcore sport. Sprint and slalom are in the Olympic Games! The best canoe racers are able to bench press over 160kg and run 10 miles in under an hour, they have resting heart rates in the 20s and can run over 3000m on the Cooper test. The training top canoeists do consumes over 6,000 calories a day. Canoeists are superfit elite athletes, not relaxed people who like to go for a float in a boat, kayakers are quite fit as well[1]. Canoeing is an Olympic discipline in which events are not offered for women, because it was once considered too hard for them, like weightlifting and marathon running (there are people who want to change that).

Why not row? - Rowing is a different sport, so I'm not going to answer any questions about why not rowing, why don't I play American Football or Cricket? That's what the question is like!

Why racing? - I like racing. Training for it keeps me fit, I generally like the other people who do it, and it's good fun. Plus it's an interesting sport that takes me to interesting places. Plus there's something nice about going down a big rapid, or finishing a long race that you don't get from other sports.

Why not kayak? - Good question! Lots of people do kayak, but I prefer canoe. Why do I prefer canoe? Well it's quite simple really, I just like it more than I like kayak. There's something about canoe that just feels better than the same thing in kayak. The control you get on the boat from just the one paddle feels so nice when you do it properly, each stroke you intend something very particular to happen to the boat when you make that stroke, and there are so many strokes to choose from, not just forwards, backwards or sideways on each side, I've got maybe 3 or 4 ways I could turn the boat round depending on my mood or how the planets are aligned. Plus everything about how the boat behaves is down to you, not down to the boat, the boats are actually quite stable compared to kayaks (surprising when you look at them), so any wobbliness is down to you and not down to the boat, meaning that it is something you can work on yourself. Furthermore unlike the kayaks in the flatwater (marathon and sprint) disciplines you don't have a rudder in your boat, this means that you don't end up drifting into the bank because your rudder is broken and people don't blame your poor steering. No, if you do well in a canoe, it's down to you and not your equipment, and if you do badly in a canoe, it's down to you and not your equipment. Overall, canoe is all about you. Plus our equipment is really simple as well, a straightforward boat, with a flat paddle, simple.

[1] All joking aside, former French international wildwater canoeist and kayaker Jean Luc Verger argued in The Danger Zone that canoe is a more technically difficult discipline than kayak, and because of that the fitness requirements are higher for kayak. There is usually more scope to improve your canoe performance by being better technically than there is in kayak and so to improve your performance in kayak fitness is more important, since everyone is at the same technical level.