A bike ride from Amberd to Ashtarak was the AVC/Depi Hayk excursion for my 4th weekend in Armenia. As my other excursions had mainly been to the south of Yerevan, this was a nice opportunity to see some of the north of the country, as the previous week’s excursions had been in south of Yerevan. Amberd is located near mount Aragats, which is the highest point in Armenia, and according to legend, Aragats and Mount Ararat (now in Turkey) were sisters who separated after a quarrel.

Before commencing the bike ride, we visited the fortress at Amberd and climbed the ruins, as well as visiting the neighbouring Vahramashen Church. Vahramashen Church is a small church, like many of the churches which are found in Armenia, it is a small, simple structure, with a domed roof, and a simple altar. This style is typical of Armenian churches, unlike larger Anglican churches found in England. (Figure 1). 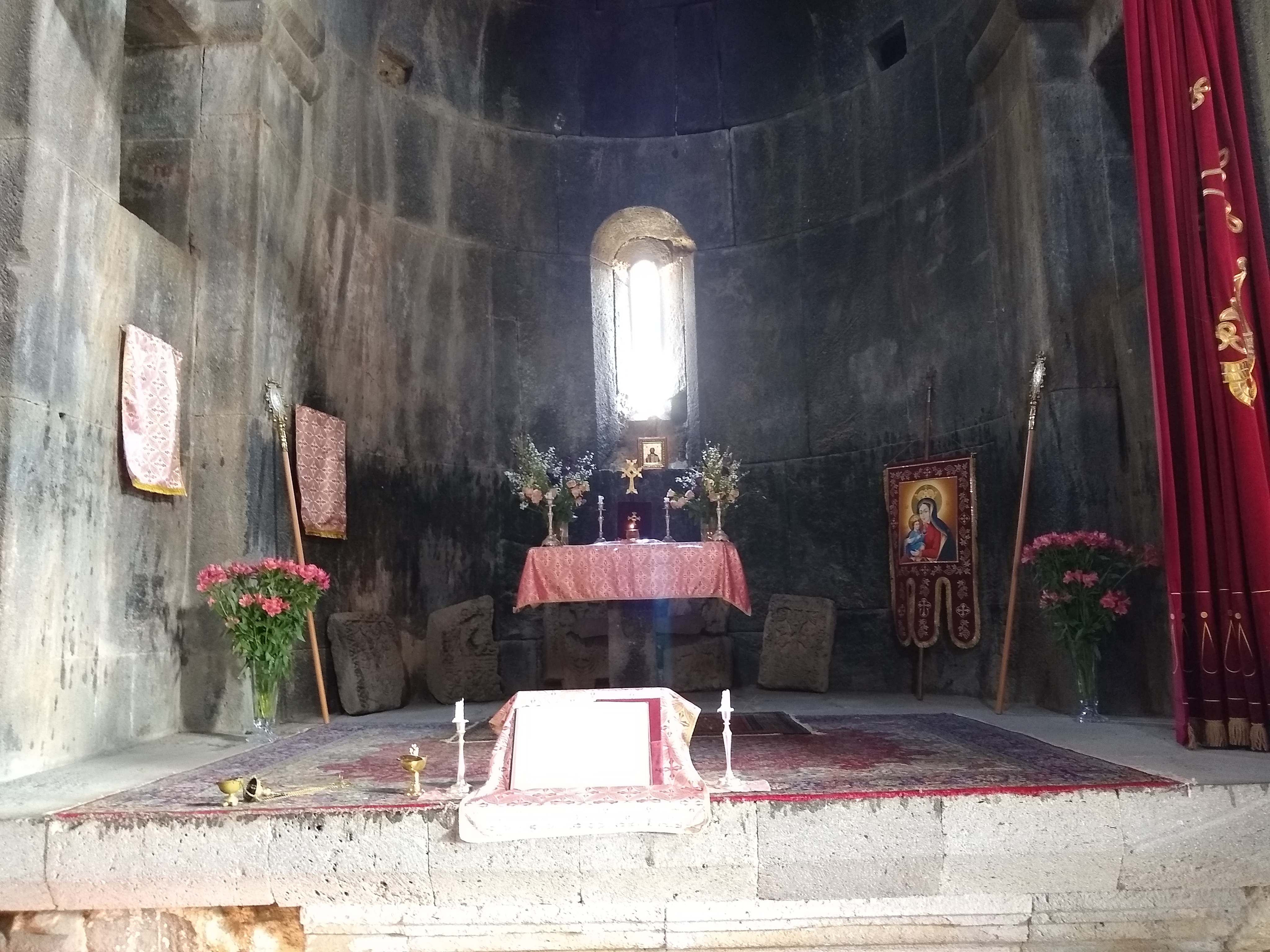 Figure 1: The altar of the Vahramashen Church at Ambed Fortress where we started our cycling trip. There are thousands of churches spread around Armenia, most of which are small, simple churches like this one.

The Amberd fortress (Figure 2) was the site of an ancient settlement which became a fortress. After playing host to many of the clashes between Armenians and invading forces, it was eventually destroyed by Mongol invaders in the 13th century. It was subsequently rediscovered and excavated in the 20th century by the Soviet Union. 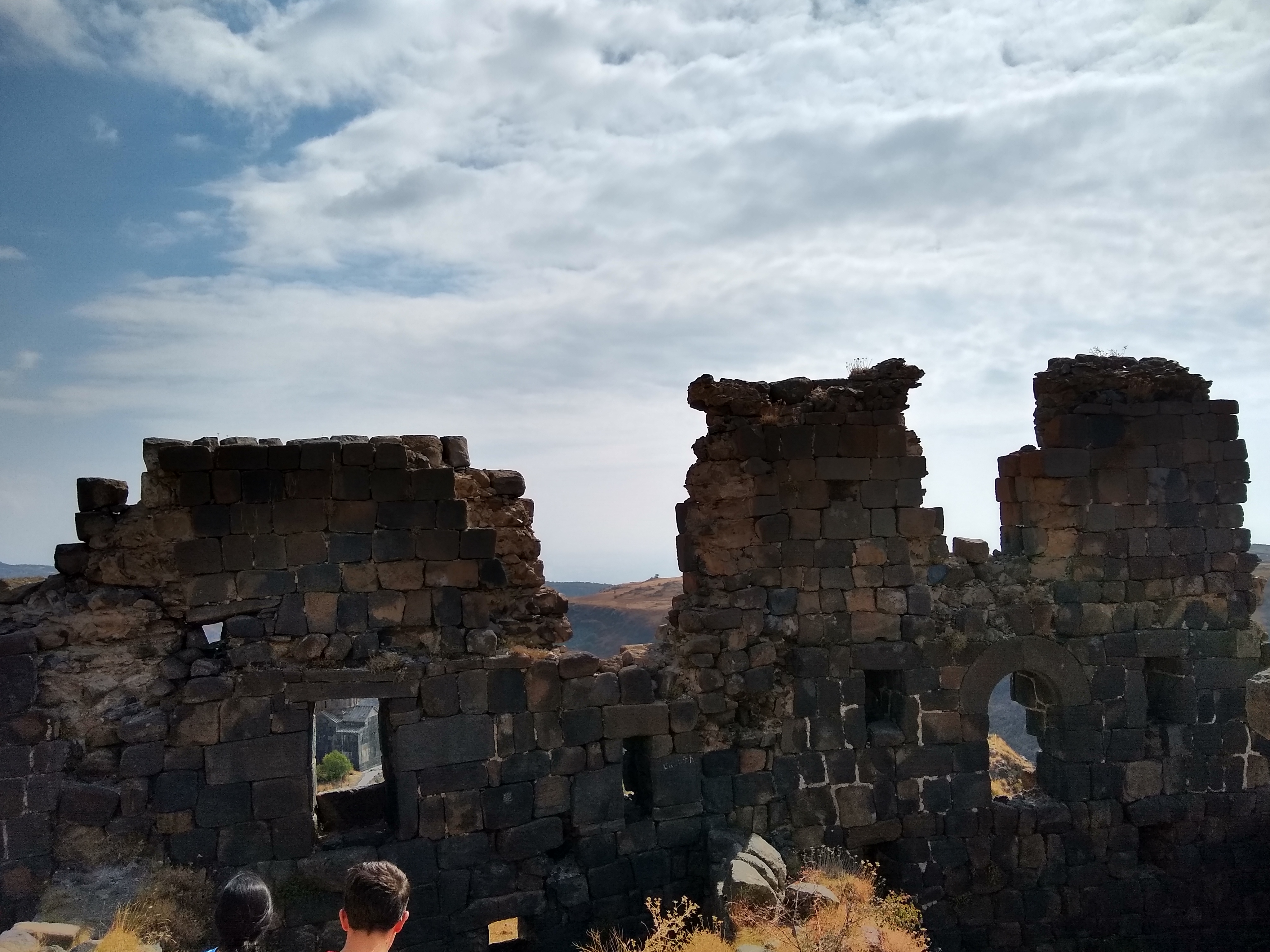 Figure 2: The battlements at Ambed Fortress. Some of the battlements could be climbed carefully, but safety railings were not in place, so obviously care was needed.

After visiting Amberd, it was time to get our bikes set up and start the bike ride to Ashtarak. The first part of the bike ride was along quieter country roads between Amberd and the Armenian Alphabet monument. The quiet roads made it a safe and relaxing venue to get used to the terrain and the road surfaces. Something I was mindful of was to avoid going too quickly because sometimes there were potholes in the roads and other surface problems might cause accidents. However I am comfortable cycling (although I had not done so for many years), and this was a gentle introduction to cycling in the Armenian mountains! The scenery while cycling was beautiful, and I stopped many times to take photos (Figure 3). 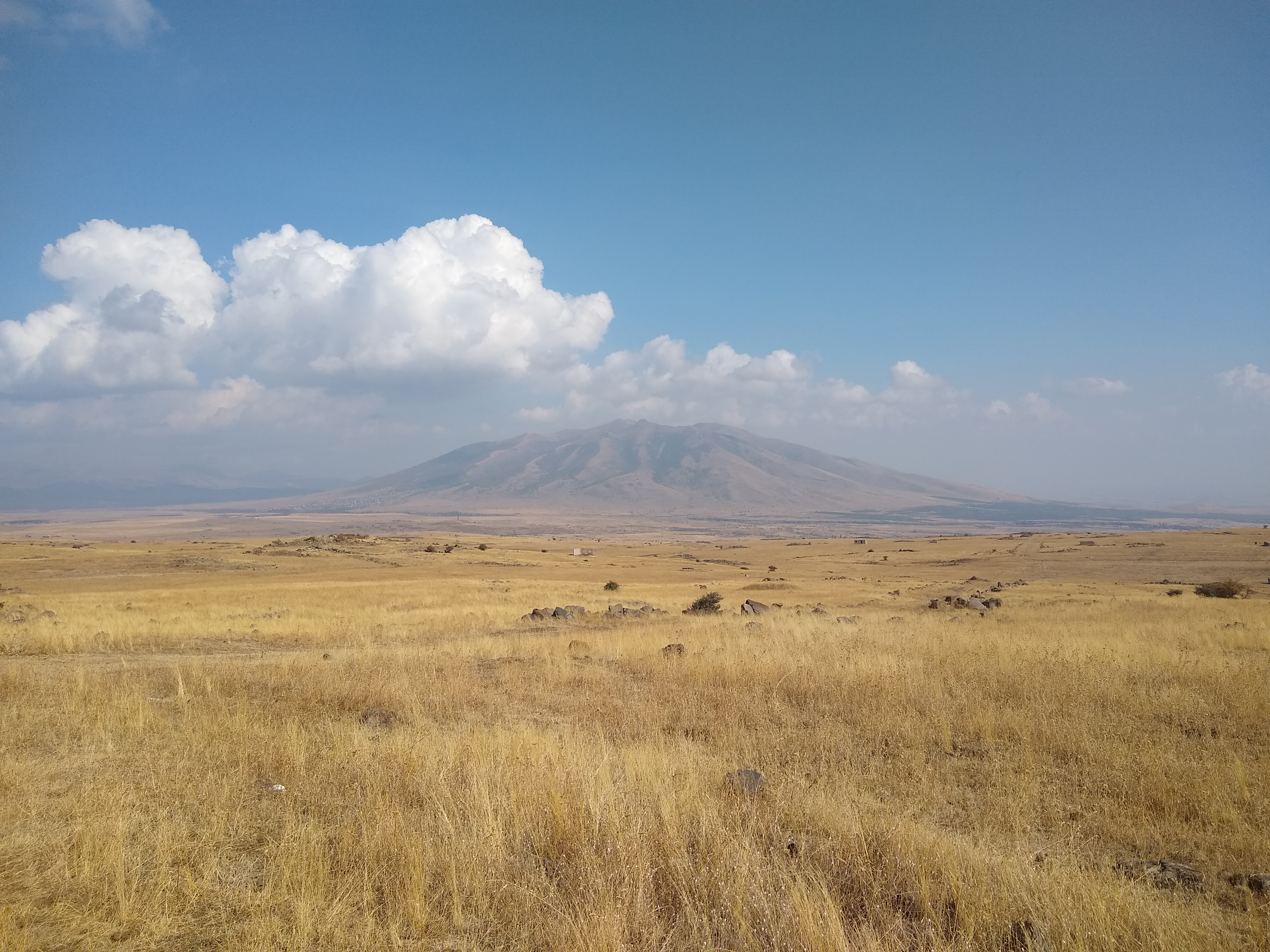 Figure 3: The scenery in Aragotsotn Province in Northern Armenia where we were cycling was beautiful with grasslands and mountains across the horizon. The relatively flat terrain also meant a relatively easy cycle at this point, but after the Letters Monument the downhill started.

We stopped for our lunch break at the Armenian Alphabet Monument. The Armenian alphabet was developed when Armenia adopted Christianity in the 4th century. At the time there was no written Armenian language, so an alphabet was developed Mesrop Mashtots to spread the scripture throughout the nation, this monument is near the resting place of Mashtots, and has a statue of him, as well as other key figures in the development of Armenian literature and culture. The Armenian alphabet has 39 letters, allowing a distinction between the way certain Latin characters are pronounced in different ways in different contexts. For example the letter R is represented in Armenian as both Ռ/ռ and Ր/ր, representing the ṙ and r ways of pronouncing R respectively. My name is spelled Ռիծարդ in Armenian, so of course I needed a photo with my letter (Figure 4). 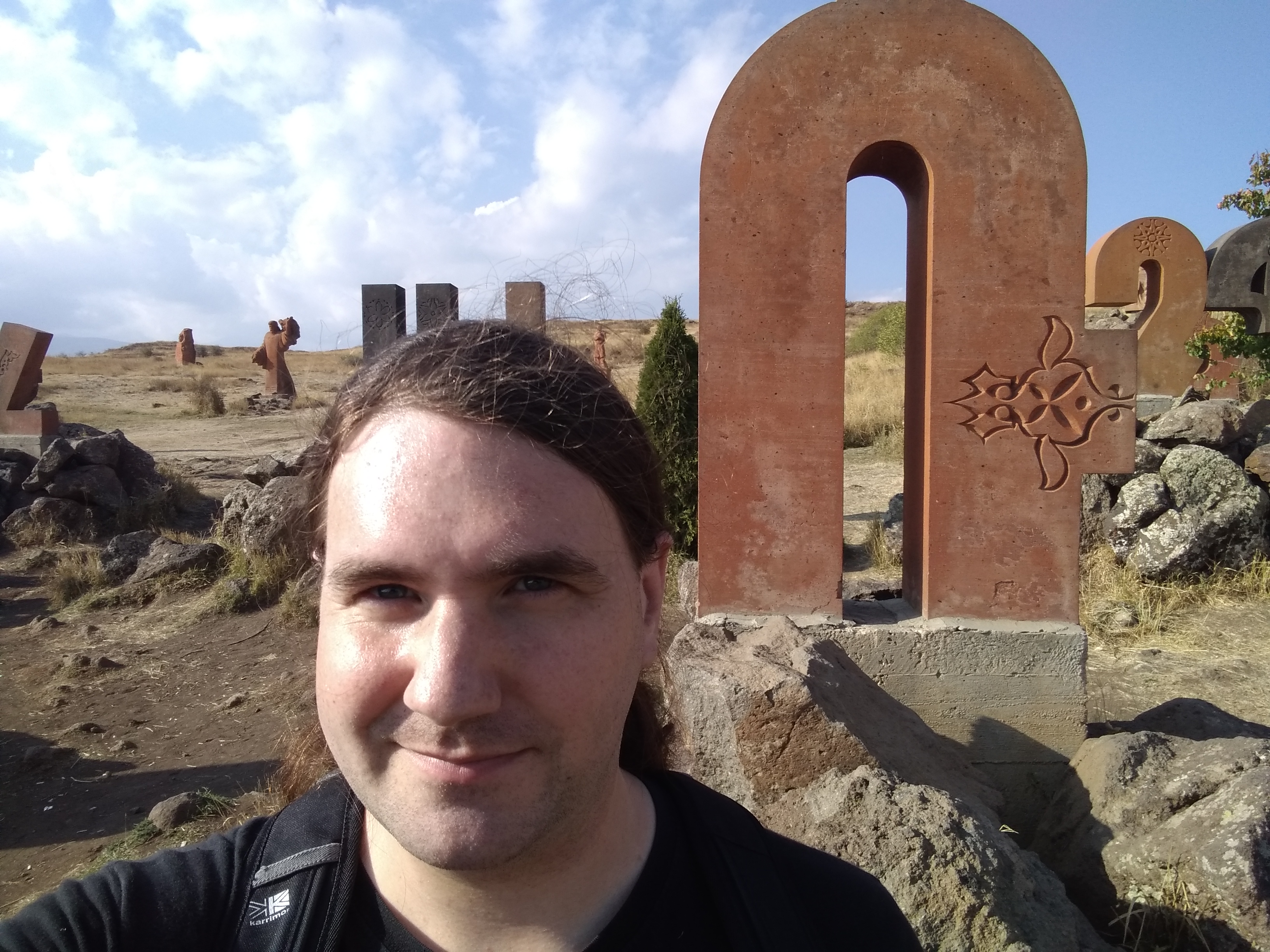 Figure 4: The Karmravor Church which is where we finished our cycling in Ashtarak. This name literally translates as ‘red church’ and is the best preserved church of three which were named after the colors that they were decorated.

The second half of the bike ride took us along the M3, one of Armenia's main roads. Unlike in the UK where car drivers resent cyclists, especially in large groups and speak fondly of knocking them off their bikes, and show no consideration. Armenian drivers gave us a wide berth, and lots of consideration. As this was generally a busier road, there was less time for taking photographs, and the main challenge was in controlling our descent, and just like in the first part of the ride avoid potholes, which was an interesting, although sometimes scary challenge! So it was fortunate that the cars on the road didn’t add an additional hazard for everyone!

At the end of the bike ride when we arrived in Ashtarak we visited another church, Karmravor (Figure 5), which literally means “red church”, due to its red roof tiles on its dome. Here our guide told us a local legend of a romantic tragedy involving three sisters in Ashtarak which gave the church, and two others its name. According to legend, there were three sisters who fell in love with the same man. The two older sisters decided to commit suicide wearing apricot (tsiran) and red (kharm) colored dresses, by throwing themselves into the nearby gorge, in favour of their younger sister to be free to pursue her love for the man. However the younger sister also committed suicide wearing a white (spitak) dress, and the man became a hermit. Three churches named after the colour of their dresses appeared at the edge of the gorge, named tsiranavor, kharmavor and spitakavor, of which kharmavor, the church we visited is the best preserved. 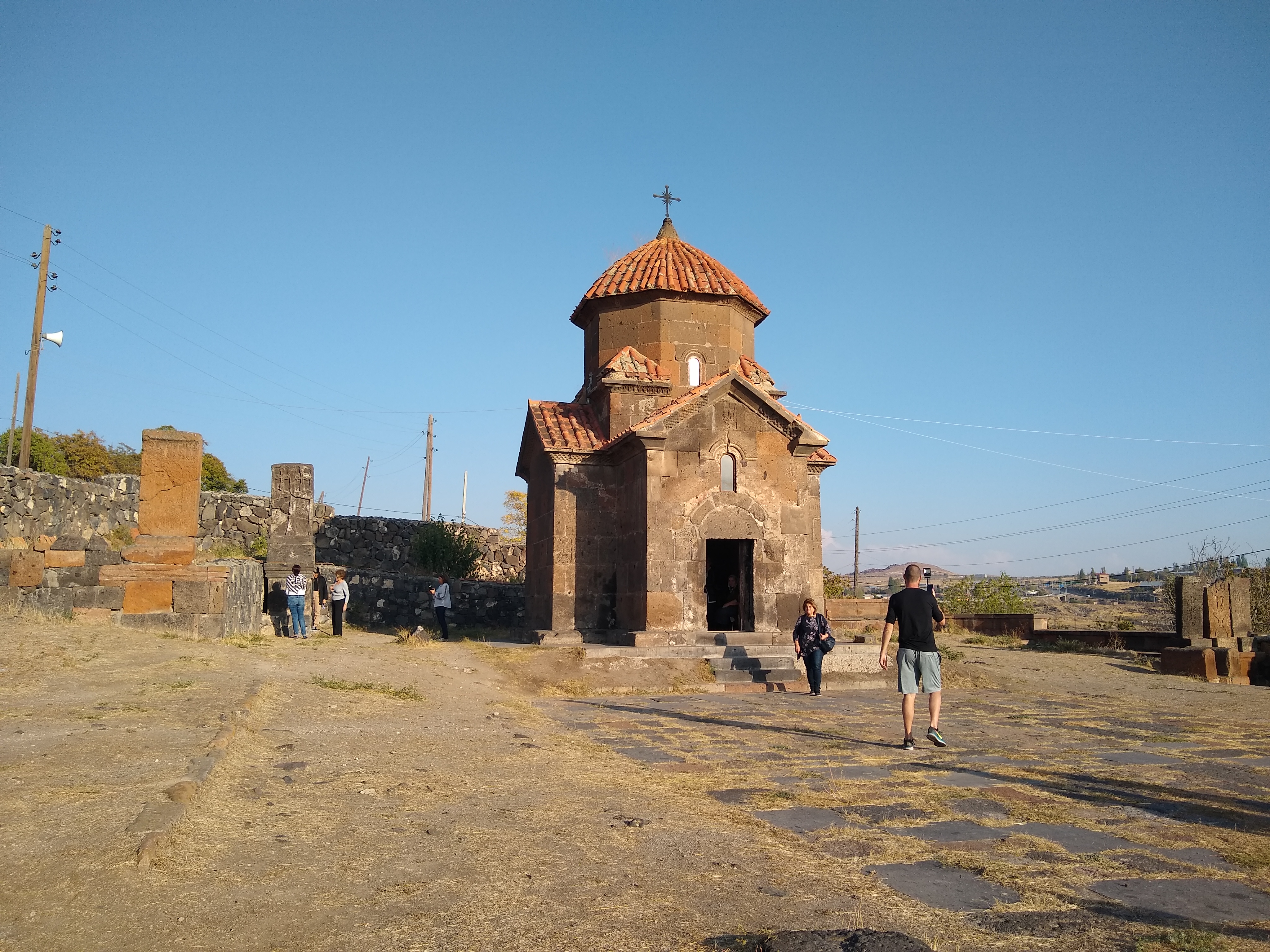 Figure 5: The Karmravor Church which is where we finished our cycling in Ashtarak. This name literally translates as ‘red church’ and is the best preserved church of three which were named after the colors that they were decorated.

Finally, we had some coffee and refreshments at a local coffee shop. A group of children were selling fridge magnets, including a very impressive one with the Armenian flag, which I was very interested in buying. I wanted it because I collect lots of fridge magnets, but didn't have suitable change to give them. No problem though, getting a coffee from the cafe we were going to would give me some change, and I told them that I would be back with money to buy that particular fridge magnet. The enterprising children of course wanted to sell me other fridge magnets I did have change for, or to get me to buy others and spend more money, but as I definitely wanted this one I resisted, and when I did as I promised return to buy the fridge magnet from them! All in all, this was a nice souvenir from my day.