I visited the History Museum of Armenia (Figure 1) on my first day in Yerevan. This isn't a museum guide, rather my non-historian, non-Armenian outline of Armenian history.

Figure 1: The History Museum of Armenia, behind the Singing Fountain in Republic Square, Yerevan, is the place to go to learn about Armenian history.

Armenians come from the Armenian highland (Figure 2), an area of Anatolia and the south Caucasus and have maintained a distinct cultural identity that can be seen through various invasions (see later) of this region by other regional powers. Armenia is named on the world's oldest map, and Yerevan, as Erebuni is one of the world's oldest continuously inhabited cities. At one time the Armenians had their own empire under the rule of Tigranes the Great spreading from the Eastern Mediterranean to the Caspian Sea. 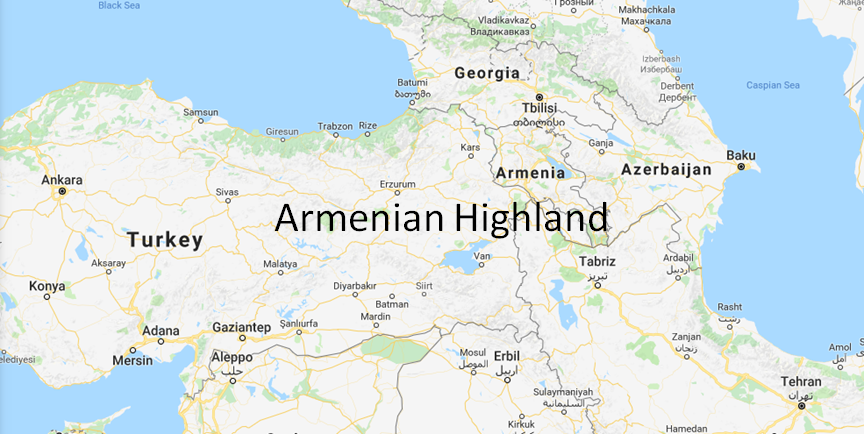 Figure 2: Armenians broadly come from an area of Anatolia and the Southern Caucasus called the Armenian Highland, most of which is now located in modern day Turkey. At its height, the Armenian Empire under Tigranis the Great stretched from the Caspian Sea to the Mediterranean Sea, but the modern Republic of Armenia includes only a very small part of this area.

Armenians have been majorities and minorities at different times and in different parts of this area at different times throughout history. At one point the region of the Mediterranean coast at the south of modern day Turkey was the Armenian kingdom of Cilician Armenia, which is the namesake of a beer, Kilikia, and a restaurant in Yerevan.

Unfortunately the region where Armenians live has been a line of conflict between the regional empires of the Ottoman, Russian and Persian empires (Figure 3). As Armenians were settled across these three empires, they were often perceived as being disloyal to the empire they found themselves in. 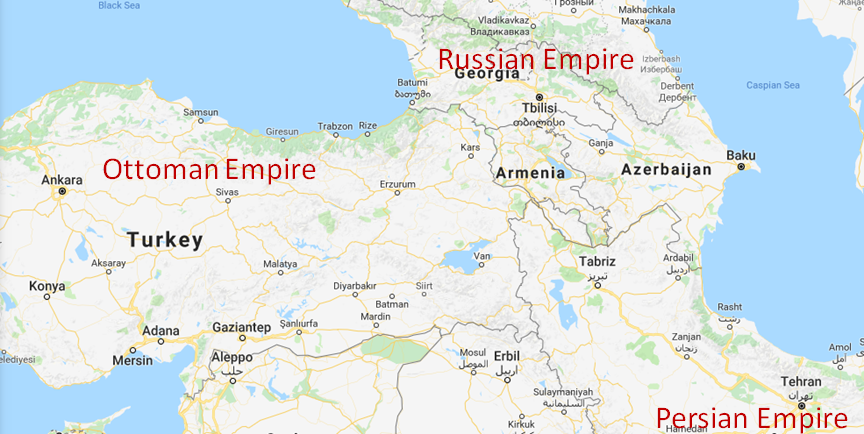 Figure 3: Armenia has in recent centuries been at the border of three major regional empires, the Ottoman, Persian and Russian Empires, who have competed for dominance over the region. Armenian, whose population straddled these borders have been distrusted by all of these powers and subject to oppression, as they were often regarded as a fifth column, culminating in the Armenian Genocide, carried out by the Ottoman Empire during the First World War.

This was particularly the case of Armenians (who are Christian) in the Islamic Ottoman Empire, who had many conflicts with the Christian Russian Empire. This distrust of the Armenian minority reached a climax when the Ottoman Empire entered the first world war and found itself on the side of Germany against Russia. Armenians were subjected to deportations, abduction and slaughter during the Armenian Genocide that followed.

Armenia later fell under Soviet rule, as the Armenian SSR. Armenia was spared much of the repression of the Soviet Union, and even today many Armenians look back to this period fondly. However Armenia is the former Soviet Republic than has been most successful in asserting its distinct cultural identity following independence, and retained less of the collective Soviet identity of the USSR.

With the dissolution of the Soviet Union, Armenia became independent as the Second Republic of Armenia. This transition was difficult, as supply chains had grown between former Soviet Republics and had suddenly broken. Furthermore ethnic conflicts with Azerbaijan that had been kept in check by the Soviet Union were reignited, leading to the First Karabakh War, which concluded in a ceasefire in 1994.

More recently Armenia underwent the 2018 Armenian Revolution, during which Nikol Pashinyan became Prime Minister. Like other successful revolutions in the former USSR, this revolution was characterised by the participation of the youth, and widespread dissatisfaction with the old political class which was characterised by corruption. As I was in Armenia in the aftermath of this revolution, but before the subsequent elections, I was in an exciting transition period and I could feel the optimism in the country for a better future.