Towards the north of Yerevan is the Institute of Molecular Biology (IMB), National Academy of Sciences, Republic of Armenia, which is where I spent the majority of my time volunteering. The director of the institute, Prof Arsen Arakelyan also led the bioinformatics group which I was based in. Prof Arakelyan’s mission is to raise the profile of Armenian science, and to show that good science can be conducted in poorer countries as well as healthier western countries. As part of this mission, he is keen to invite scientists visiting Armenia for any reason to come to the Institute of Molecular Biology to deliver seminars or meet with researchers. Arsen has collaborators from other countries, especially at the University of Leipzig, and other collaborators who are Armenian graduate who have since taken up posts at international universities and maintain collaborations with the Institute. 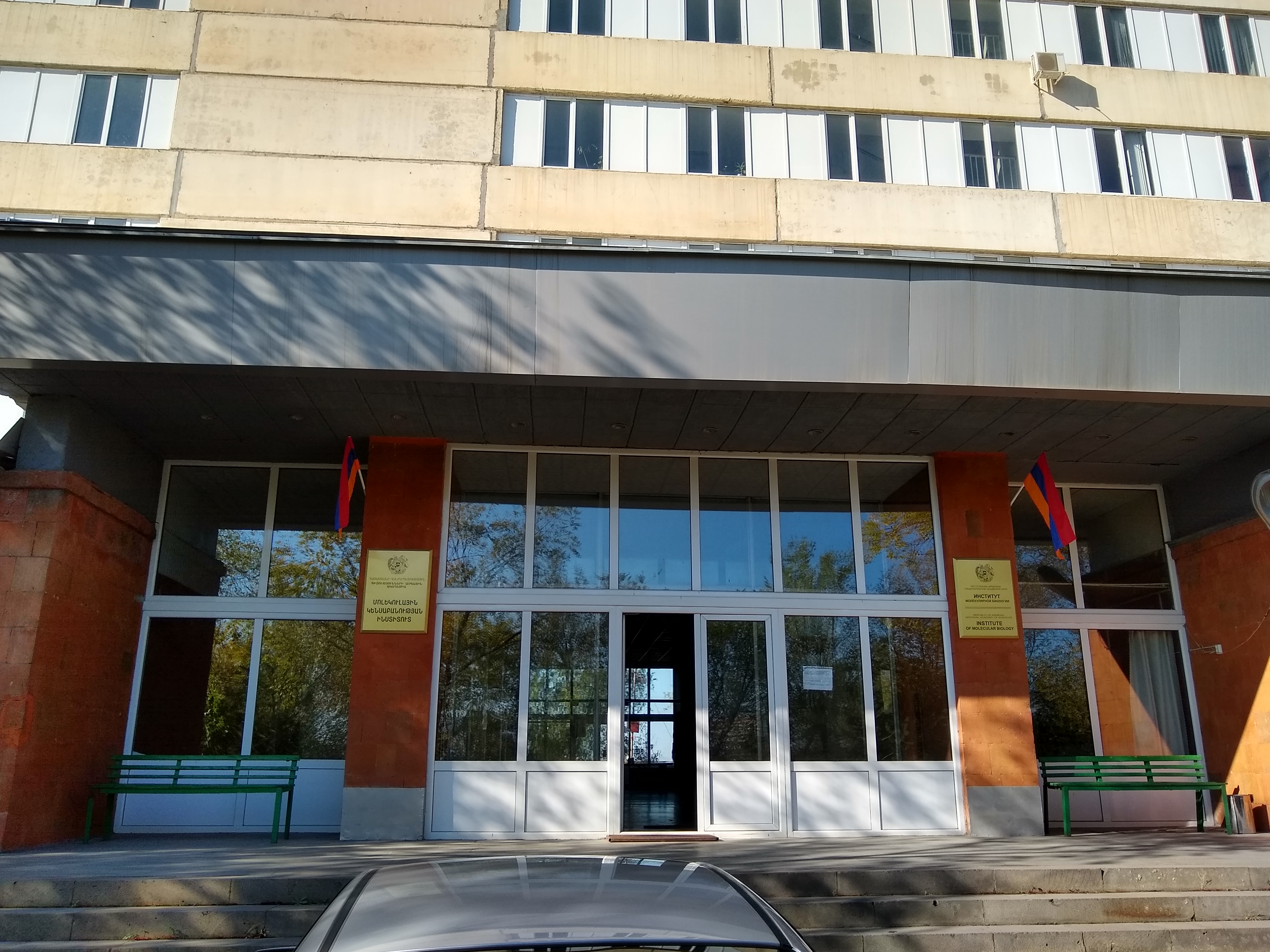 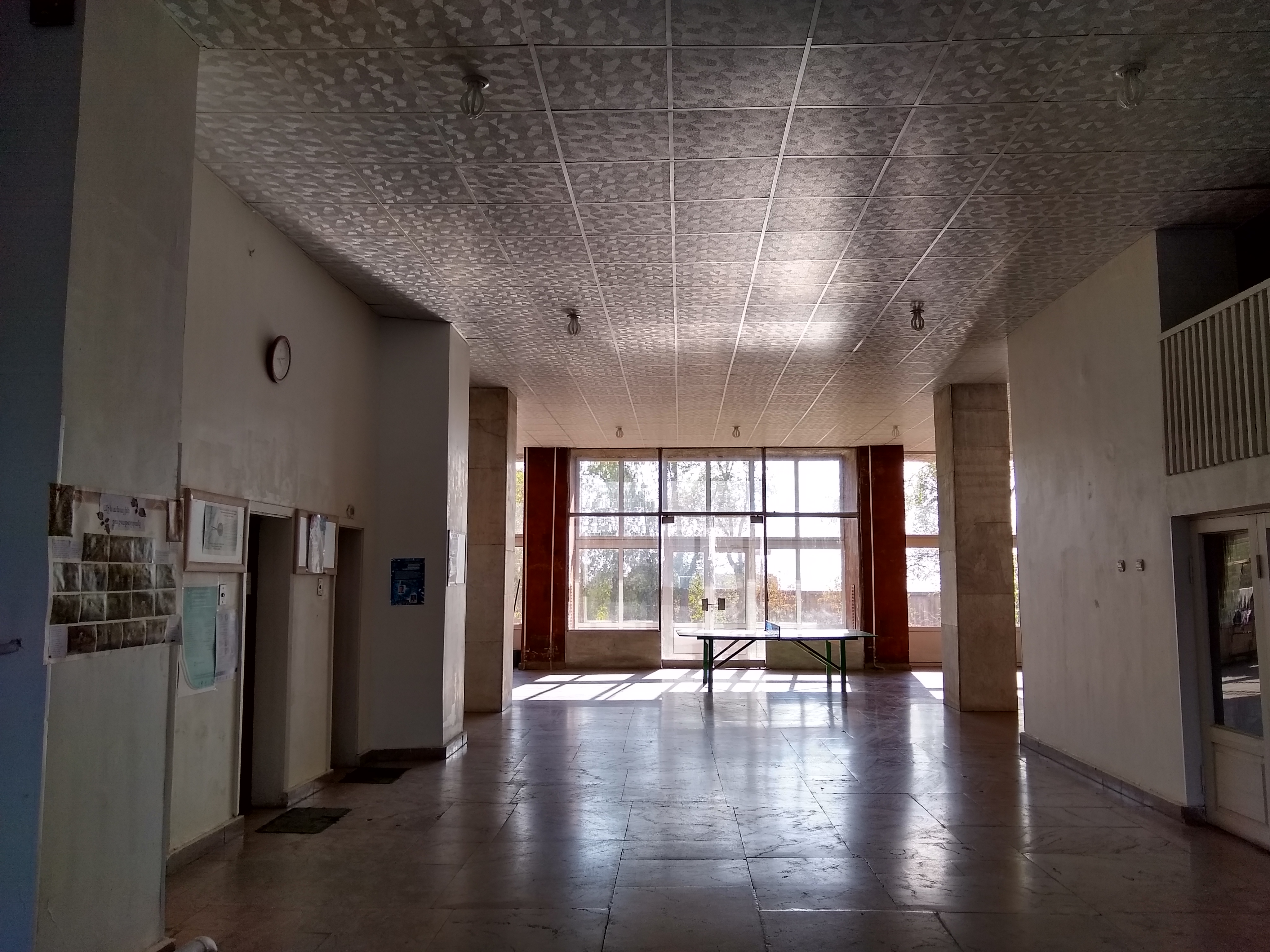 Figure 1: The front entrance, and entrance lobby of the Institute of Molecular Biology.

I began volunteering at the Institute during my 2nd week in Armenia, as my first week was busy with the AVC induction, Independence Day, and the remainder of my time I spent getting started at Nor Kharberd. To begin with, I decided to take an R course that was for Armenian students at local universities and high schools, and delivered in English by a pair of IMB's collaborators from Germany. This was a useful way to become familiar with the R programming language, which I used at IMB and subsequently after I left Armenia, and was also network with Armenians. I enjoyed the course and found the content very engaging and easy to follow, with a lot of useful explanations of concepts in R and how to apply them to the problems we’d been shown.

After taking the introductory course, I decided not to take the advanced course, as I was in Armenia to volunteer, not to learn R. I joined the BIG Pathways project whose aim was to map biological systems pathways into a highly curated database which research groups at the institute could use to advance their research. The purpose of this database over others available online (such as STRING, KEGG and other mapping databases) was that the evidence for each interaction determination would be linked in the database, and the manual curation would ensure that the interaction was a genuine biological link, as opposed to being mentioned in the same literature, or being demonstrated via in vitro techniques which do not reflect the in vivo environment.

IMB had incredible scientific expertise working there, but facilities and infrastructure were more limited compared to a Western European or North American university. The office I was working in had regular dining chairs at desks, as opposed to wheeled office chairs, and there was a tap in the office where the water wasn't drinkable (something I learned to be careful of in Armenia was that not all taps were drinkable), so I had to go downstairs to get water, which is also where the only washroom that I knew of was. One day a wall panel came off the wall in the corridor outside the BIG office, to the sound of a loud boom, which was quite amusing, and on another day the internet connection for the institute was disrupted! This meant the exciting task of doing bioinformatics without an internet connection, which eventually led to us crowding into a single office, on all sorts of interesting chairs (me in a recliner) as this was the only place in the building with a reliable internet connection! Despite these sorts of challenges, a lot of very interesting science was taking place at the Institute of Molecular Biology, and I learned that the challenge of how to carry out good science when you have the expertise but not the facilities is a challenge faced by researchers in poorer countries, and that there are charities such as Seeding Labs who help researchers to access the equipment and infrastructure they need to advance their research.

Figure 2: Posters at the Institute of Molecular Biology which had be presented at international conferences.

Despite infrastructure challenges, there was interesting and high quality scientific research taking place at IMB, many of which was presented at major international conferences and published in high impact journals. There were frequently seminars delivered by visiting speakers, many of whom were Armenians and graduates from Armenian universities who'd subsequently moved to other countries to continue their careers and had returned to Armenia to present seminars like these. Also Arsen has fostered a network of contacts with researchers outside Armenia, who would be invited to deliver seminars as well. I delivered a seminar which was about scientific careers for high school students where I talked about both academic research and healthcare science as careers.