The smaller of my volunteer placements in Armenia was at the Specialized Children's Home of Nor Kharberd (Figure 1), which is a home for disabled children run by the For You NGO, an Armenian children's charity. As well as being rewarding to work with children for a charity, this placement provided me an opportunity to see a different aspect of the practice of clinical science, and especially genomic medicine, as many of the children at the home had genetic conditions that would have been diagnosed by our genetics service and laboratory. This gave me a different perspective of the patient focused care I was aiming to provide in my work as a clinical scientist, as seeing patients themselves made put the patient focused care into direct context. 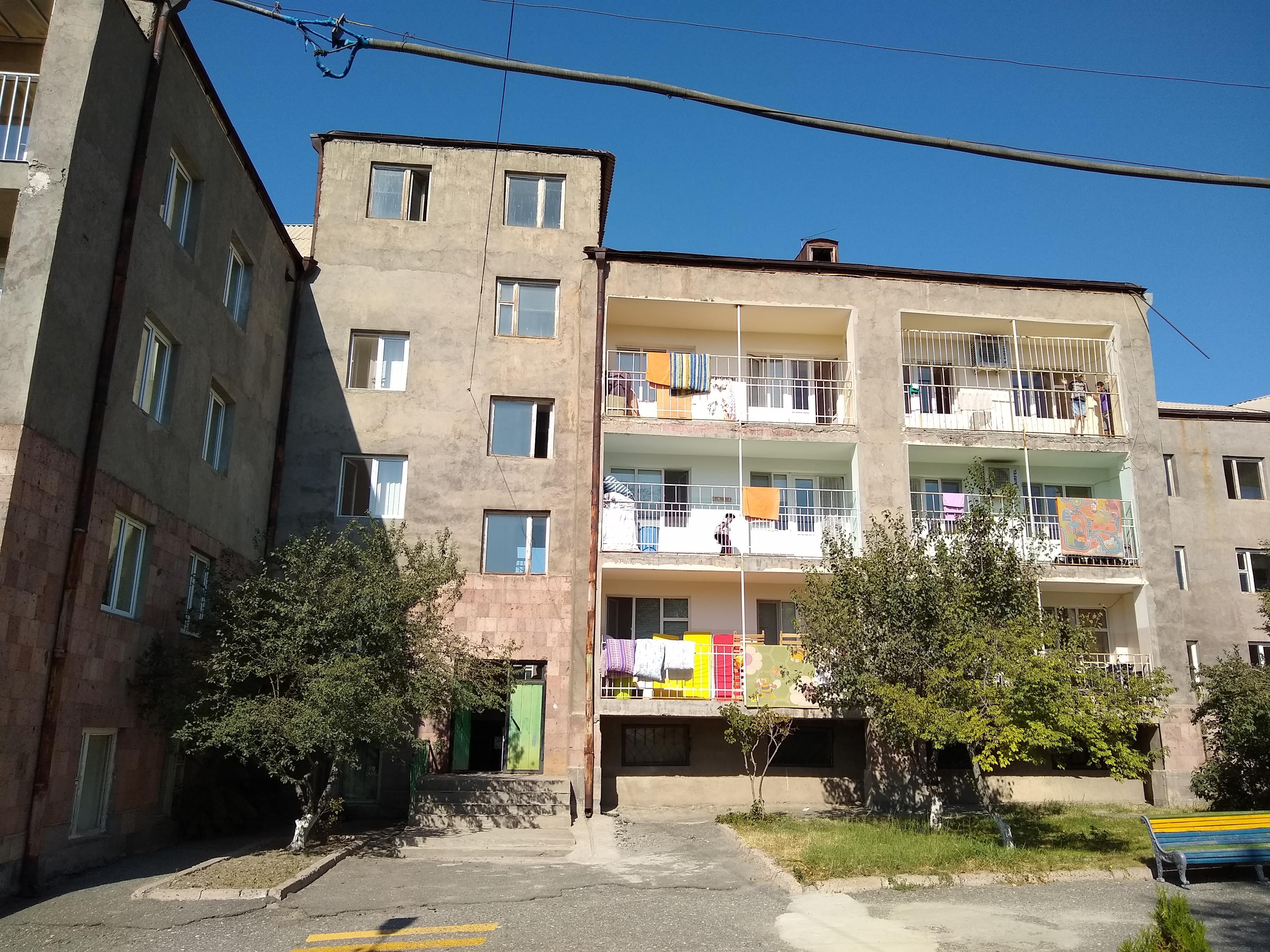 Figure 1: The Specialized Children’s Home of Nor Kharberd. The balconies are accommodation units where the children who live at the home stay.

Nor Kharberd is some distance outside Yerevan and necessitated taking a bus (Figure 2) into the countryside. This was quite an adventure! On my first trip there by myself I had forgotten what the stop looked like, so I missed the stop and had to show the name of the stop to the driver (in Armenian) who told let me off at the next stop and gestured for me to walk back towards my intended stop! The bus was at least in Yerevan also quite crowded, but I was usually able to get a seat once it left Yerevan. The state of the roads and the standard of driving was also perhaps not at western expectations, such as one morning the driver was smoking with one hand, talking on the phone with his other hand and making crazy overtaking manoeuvres as he drove, but I’m still alive, so it wasn’t too bad, and was rather amusing to make the commute more exciting! I also realized wearing my backpack on my front helps to make my backpack less of an obstruction for other customers, which is reflective practice in action! 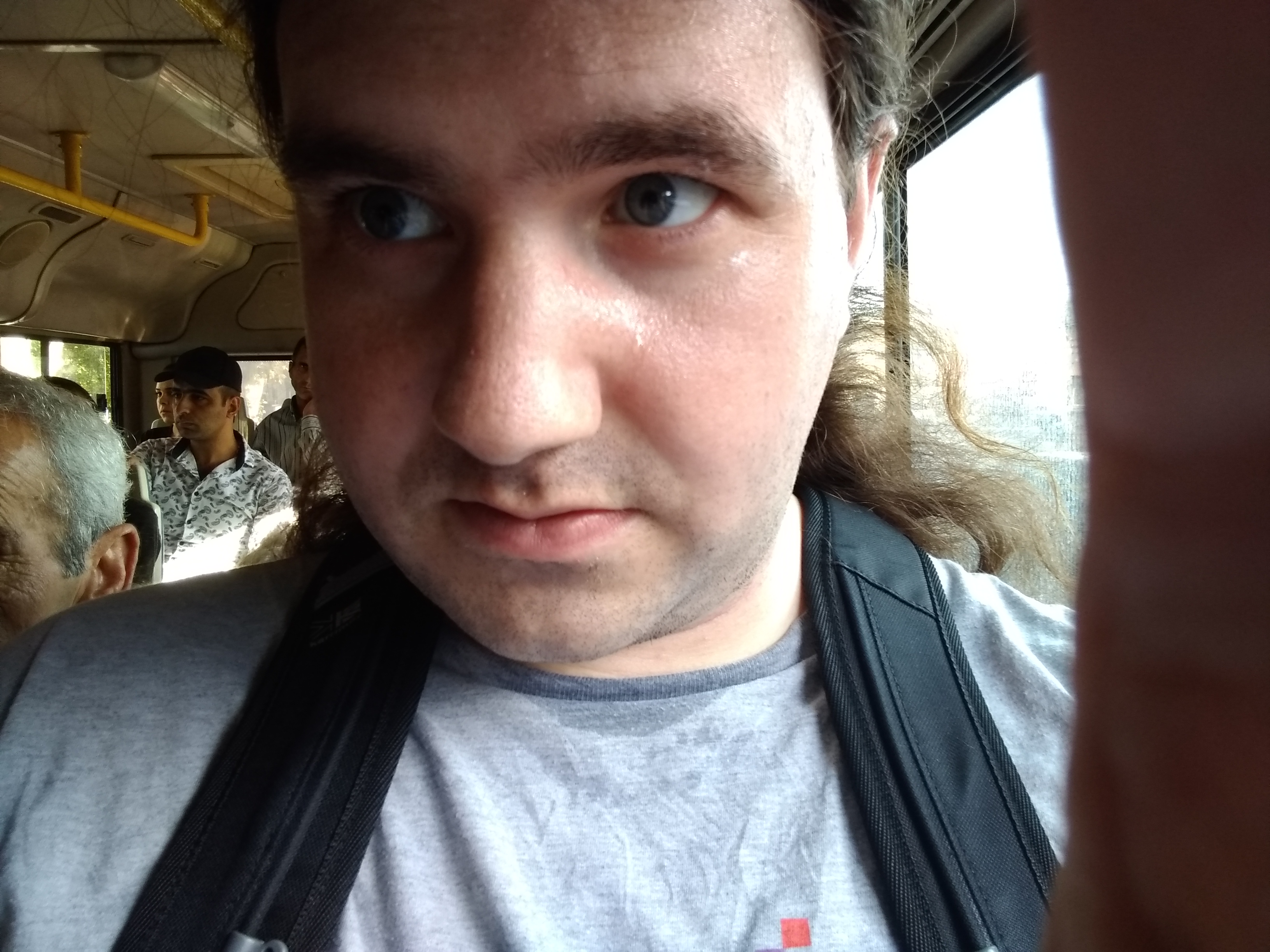 Figure 2: Me riding the bus to Nor Kharberd. The bus at Tigran Mets Avenue was quite crowded most days so I usually had to stand, until the bus left Yerevan, then I usually got a seat, and would have to remember where to stop, by saying “kangarum kangnak” before my stop.

One sad fact about the children's home was that this home, and others like it exist in Armenia because Armenia is a poor country and as a result disabled children with complex needs are often abandoned by parents who cannot afford to care for them or their needs. Diagnostic services and ongoing care services are often not available in poor isolated communities, so homes like this are the only places such children can be adequately cared for. This highlights the importance of the support infrastructure that disabled people need, and the problems that arise when it is not effectively provisioned. Nevertheless, the children in the home were well cared for with expert staff providing for their diverse needs. There were nursery staff directly looking after the children, as well as medical professionals, including physicians, psychologists and physiotherapists who take care of the children’s medical needs, as well as specialists providing services like hippotherapy.

The home has children of all ages, and some people who work there used to be residents there as children. I met one man called Hamlet who had been resident there as a child, he now made shoes and paddled in the home's dragon boat team, which competed against other dragon boat teams in Armenia. I later helped him with a problem he was having with his computer, which was an interesting challenge, as he didn’t speak English. Even though he was able to show me the problem, due to the technical nature of the solution I proposed, I had to find someone who could speak both Armenian and English to interpret for me. This confounded a problem that is found when explaining problems to users, in that you have to be able to speak in a language that the user can understand, in this case it was not only a matter of technical vocabulary, but literal language that was our barrier.

The language barrier was much more pronounced generally in Nor Kharberd than in Yerevan. Unlike in Yerevan where many people spoke English as a second language, in Nor Kharberd a lot of people spoke limited English, or no English at all. This made communicating quite a challenge, as especially for complex questions I had to communicate through people who could speak both English and Armenian. Furthermore mobile data coverage was limited in the Nor Kharberd area, so often I wasn’t able to access Google Translate, so translations were difficult for me to find by myself. However through the weeks of working there and supported by my language classes and the immersion in the Armenian language, I began to feel more comfortable communicating, and could say simple phrases in Armenian when I needed to. Furthermore, I found it quite easy to understand what the children wanted through their body language and expressions, so I found it quite easy to work with them.

The range of disabilities that children at the home had was broad, ranging from mild to very severe disabilities, and a variety of different disabilities. Some children were in special medical units and had very specific care from medical staff, while others, like those I mainly worked with were in regular wards were volunteers helped them eat and play. To accommodate the children’s needs, the home organized many different activities for them. One main activities I got involved in was hipotherapy, which uses horses as part of physical therapy, and to help children by allowing them to socialize with the animals. There were also concerts with dancing that the children, employees and volunteers took part in, birthday celebrations every month with cakes and singing hymns, and while I was there the children put on a show in the gardens of the home about the Armenian alphabet with singing and the story of the Armenian alphabet (Figure 3). 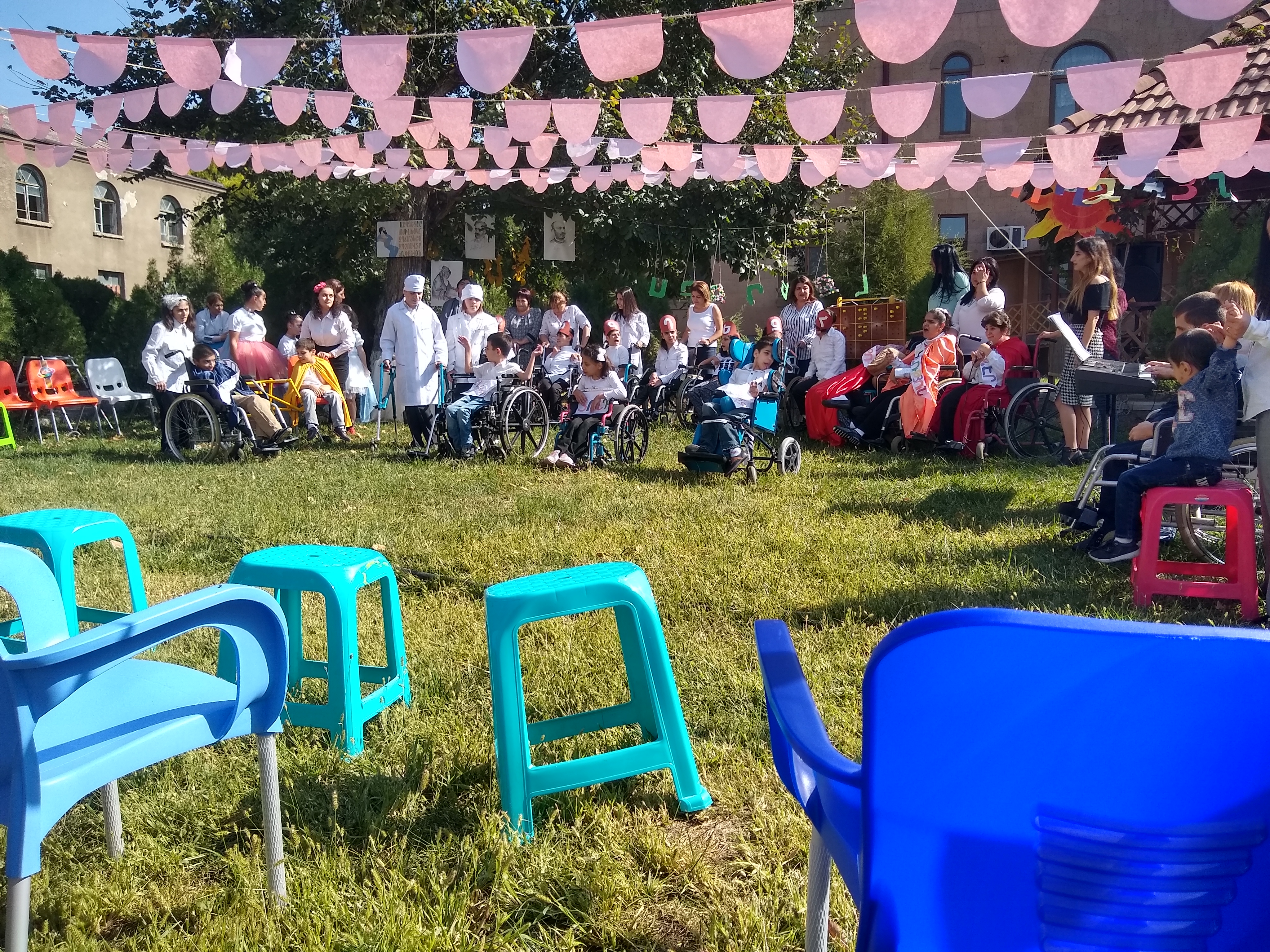 I mainly helped the children to eat and play, as well as helping with hipotherapy. Some of the children were quite boisterous and wanted to play a lot whereas others were less energetic and were content to sit and watch. I had to make sure I was dividing my time and attention between them equitably. I also had to be careful as some of the children liked to pull my long hair, which meant being careful not to leave it within an easy grabbing distance for them. Some of the children were very keen to play with me, one in particular was a girl called Suzi liked to play with me, and one morning spent time putting a pair of sunglasses with a broken endpiece on my face which she’d blow and I’d move my face to make them fall off, which greatly amused her. She also took an interest in my Green Bay Packers wristband, which I gave to her, then had a challenge getting it back, but I did buy her another wristband so that I wouldn’t lose one which had significant sentimental value to me. There was a boy called Serap who despite his very short stature, was very enthusiastic to get involved and help, whether it was taking children who used wheelchairs for walks around the home with me, or putting the wheelchairs away at the end of the day. He liked me lifting him into the air and saying “weeeee!” and started coming up to me and saying “we!” and pointing upwards if he wanted to be lifted.

I found the experience at the Specialized Children’s Home very rewarding. I've not previously had much experience with children, whether working or through friends and family’s children, so this was all a new experience for me and I appreciated how enthusiastic and energetic they were. It was also a good experience to see children who had genetic conditions that would have been diagnosed by the clinical genetics service I was working for. Seeing the patient directly really put it into focus what patient centered healthcare meant and the importance of what we did as healthcare scientists to ensure they received the best care possible. Seeing the children and the care they were receiving really helped me empathize with them, and other children with genetic diseases who our clinical genetics service helped diagnose.