It was quite interesting watching the outrage at how the audience of Al Jazeera apparently loved the terrorist attack on Westminster Bridge. There was even a screenshot of it going around.

Anyway, let's make our own fake reaction video. This afternoon I was watching a very uncontroversial video, that of Canadian Finance Minister Bill Morneau speaking at Condordia University about something about money. I like Bill Morneau, and he made some interesting points about international financial reporting rules that I broadly agree with, but the point of this isn't economics. The point is to show you how easy it is to doctor a screenshot of reactions. So let's get a screenshot. 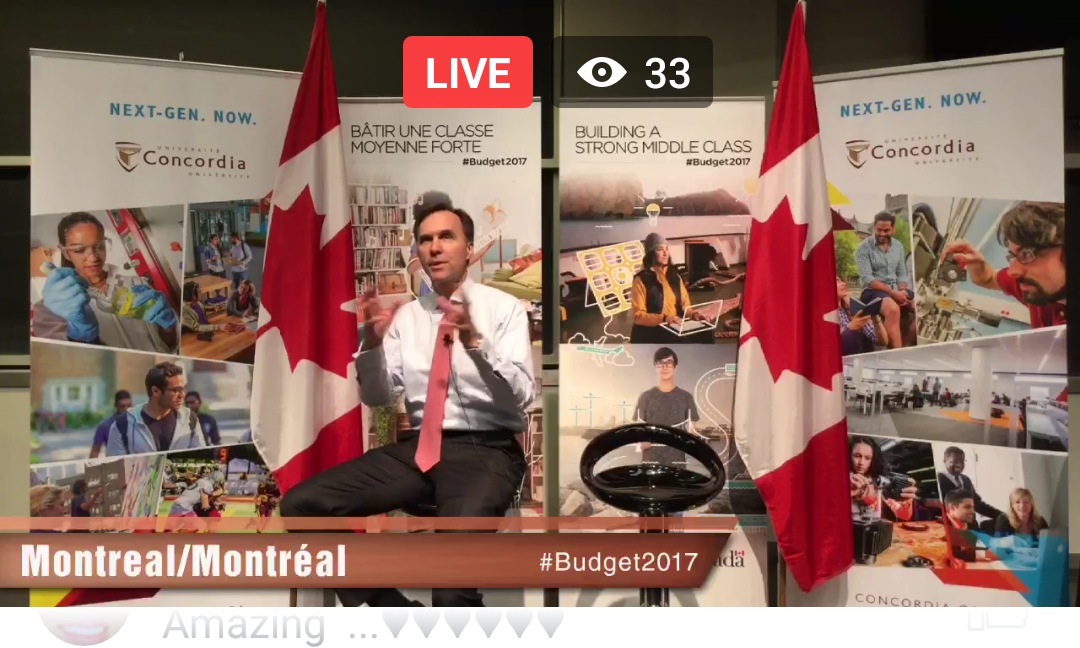 Ah perfect, we have a screenshot of Bill Morneau speaking, with no reactions. Canadians are polite, so we wait until something worth reacting to happens.

Of course just to show you how people actually reacted, here's a screenshot of that. Most people liked this (except for a gentleman at the end who doesn't like Bilderburg conspiracies), but you get the idea. 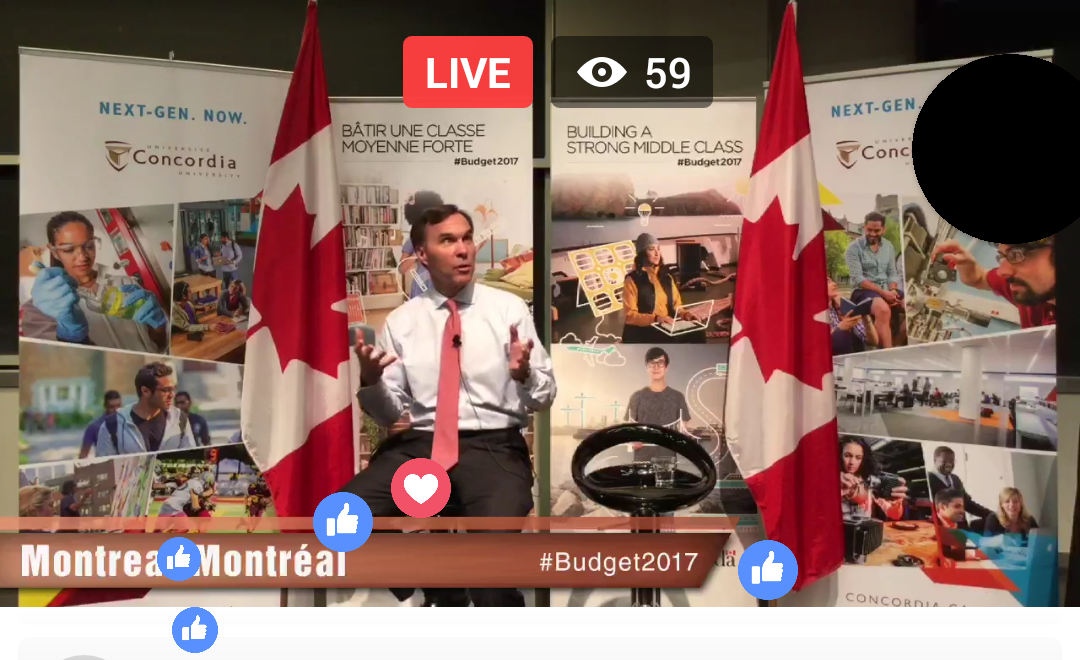 Anyway, because most people like this in this video it's difficult to manipulate. So let's find another video like, oh, I don't know, Teresa May announcing the 2017 General Election (or leaving the EU, or something like that). We watch this one for a bit, see an angry: 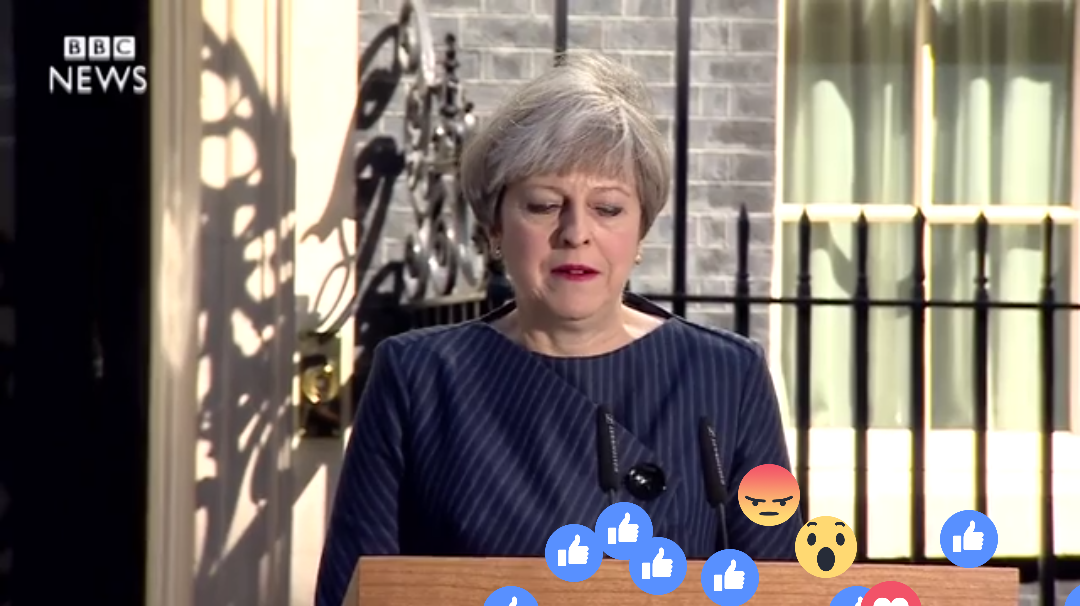 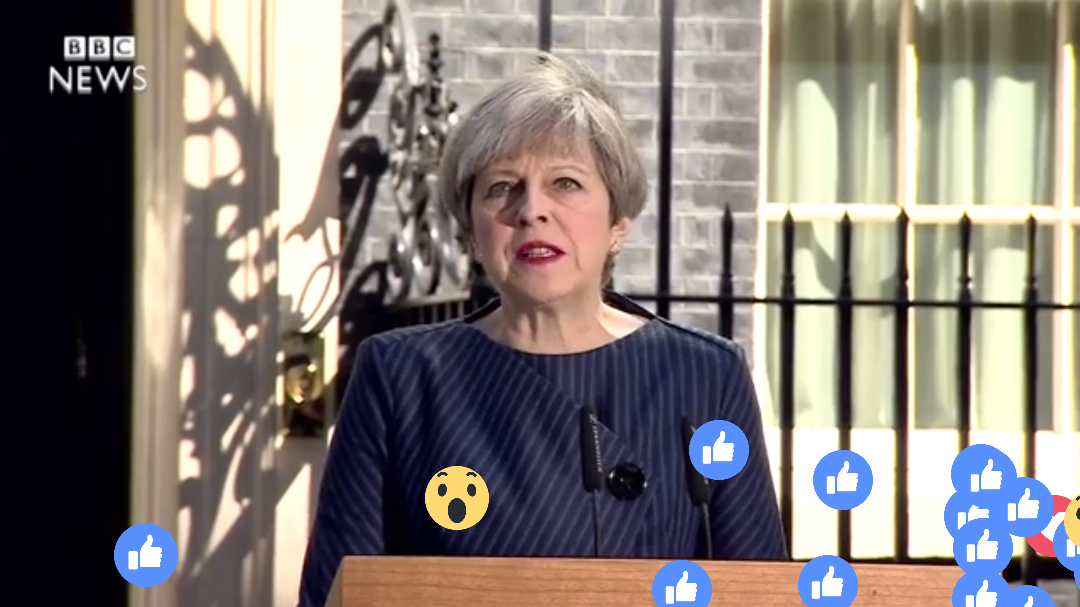 A bit longer, we get a haha: 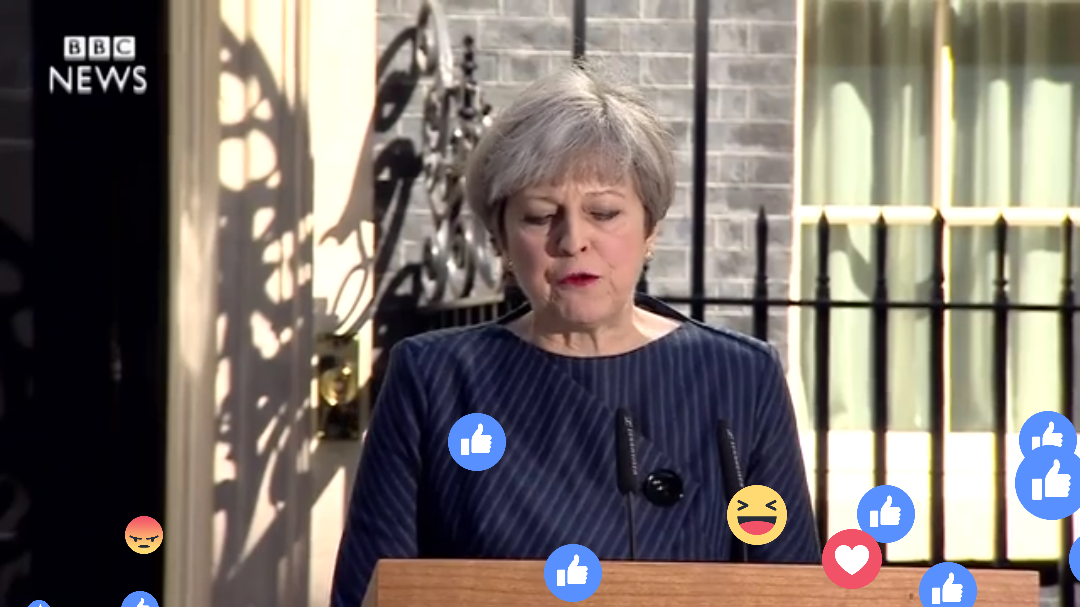 And you have to wait a bit before you get a sad: 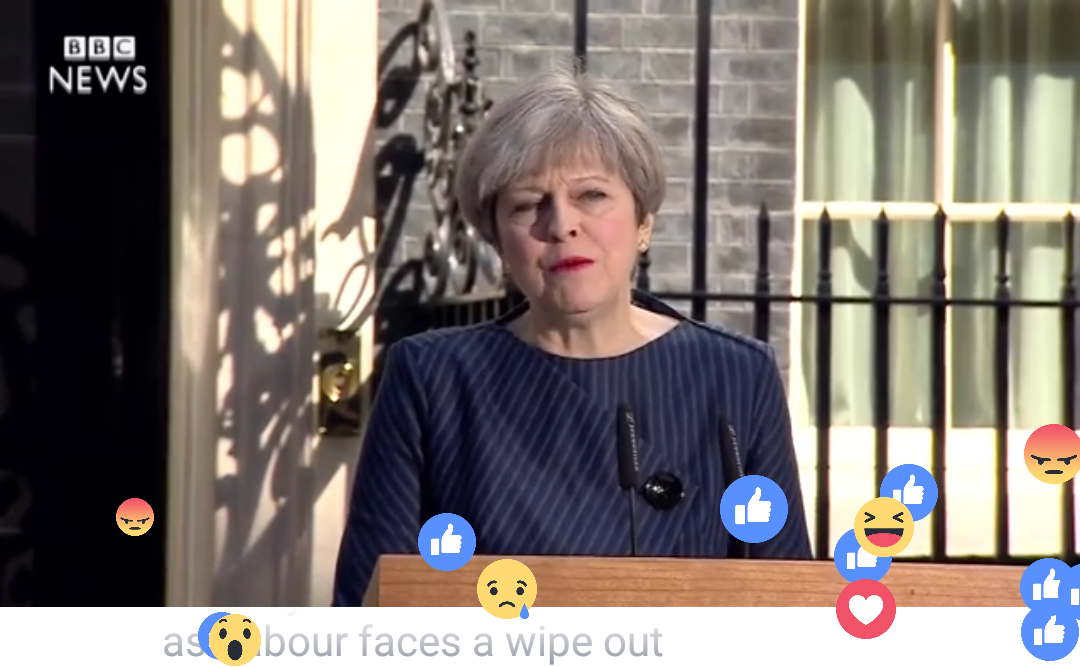 As you'd expect, because given a large enough audience you will find someone who will react in every way to something. We now have our avatars for our silliness: 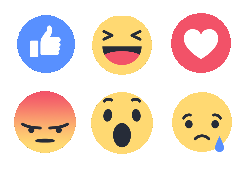 So with our avatars of silliness, and our blank live feed video, we can create all sorts of naratives. For example, we can show that Bill Morneau is actually a very highly regarded comedian. 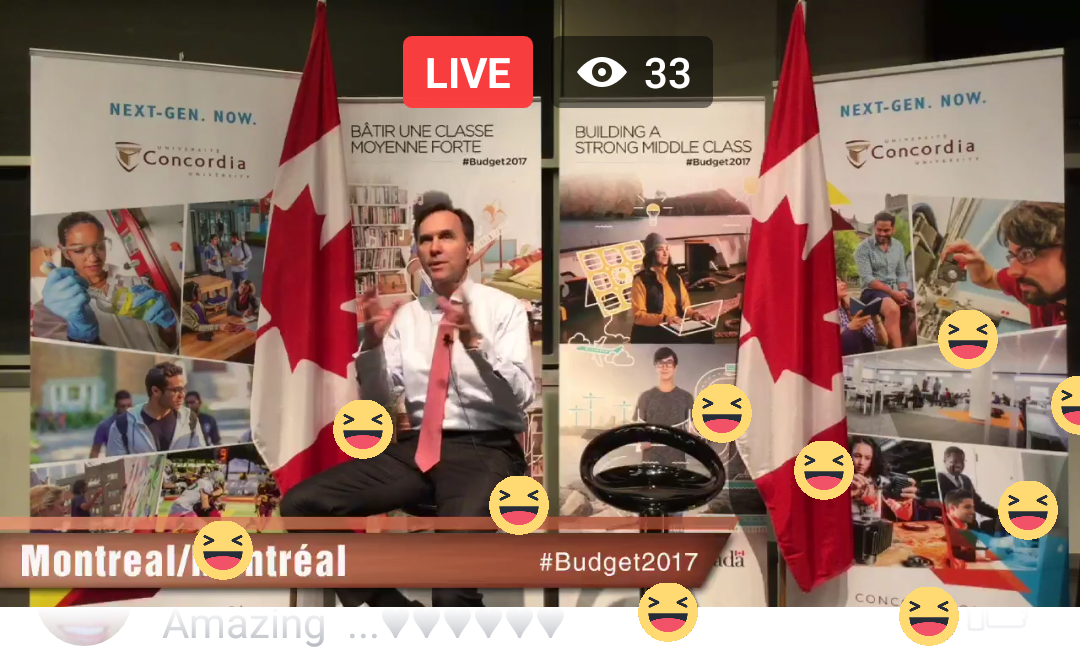 His particular niche is dark humour, so the reactions he gets can be quite diverse. 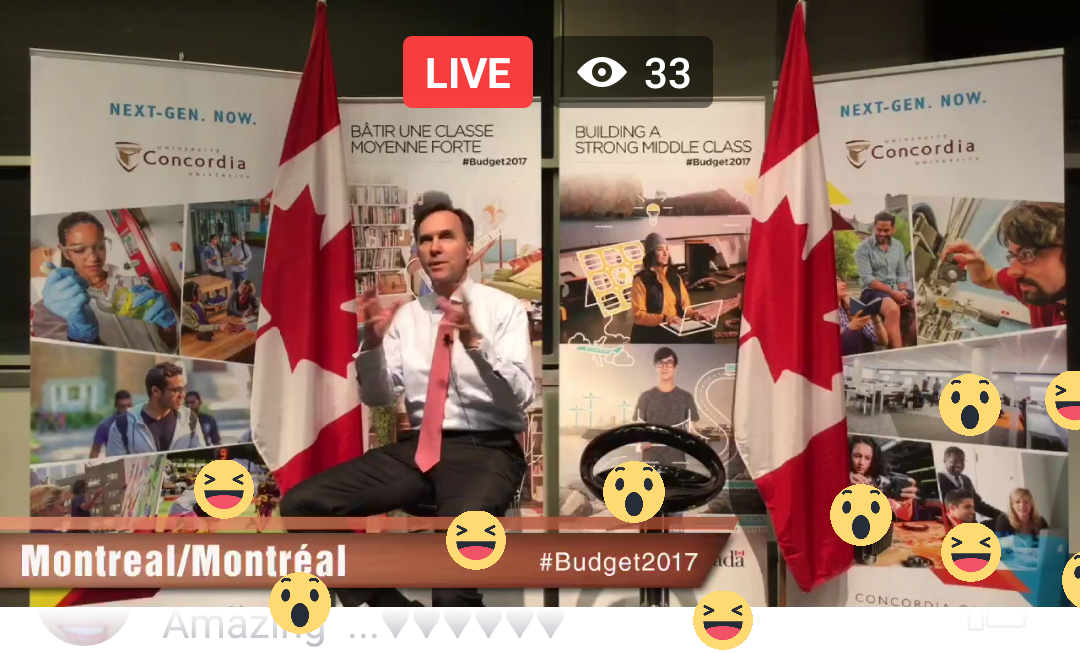 He's good friends with everyone's favourite male politician, Justin Trudeau as well. So when he talks about the bedroom antics Justin gets upto, the fans are either shocked, or they love it, depending how, urm, open they are. 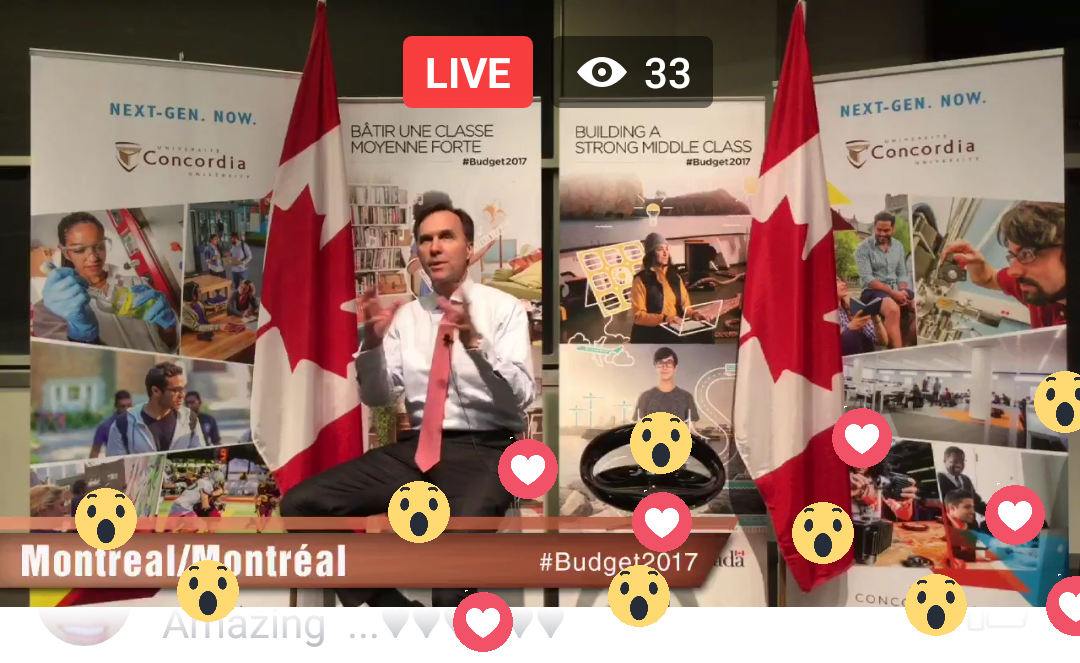 Of course Bill is very popular with the ladies too, they all love him. They're even giving him love that would rival that given to Justin. 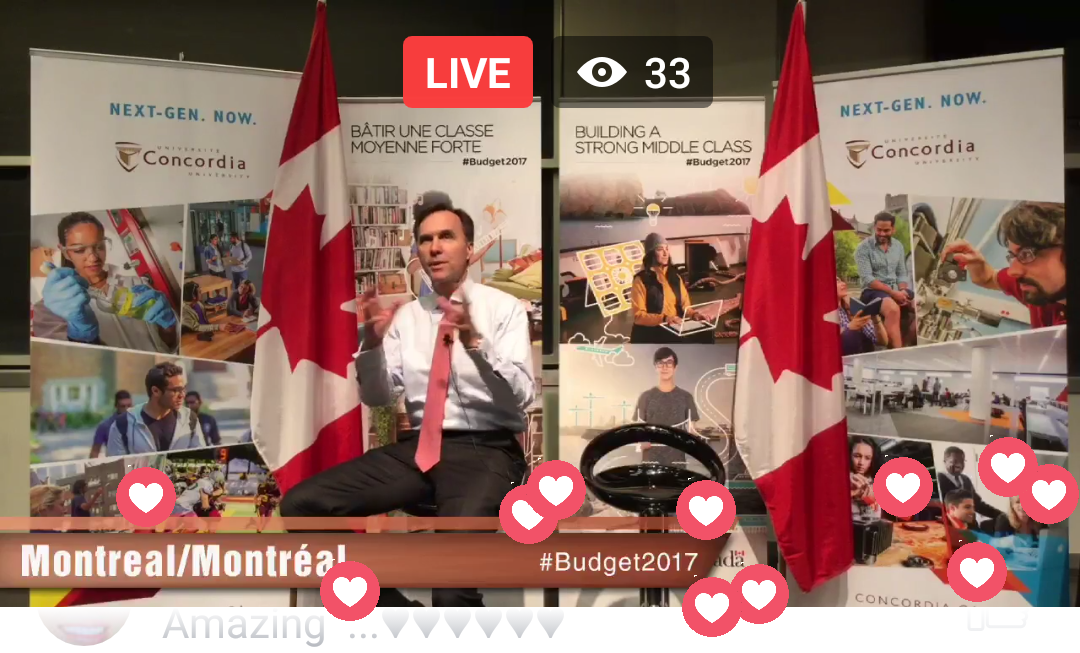 Because Bill, despite being a bland, number crunching money guy, he's a sensitive soul, and when he recounts the story about the death of his favourite goldfish, people have sympathy. 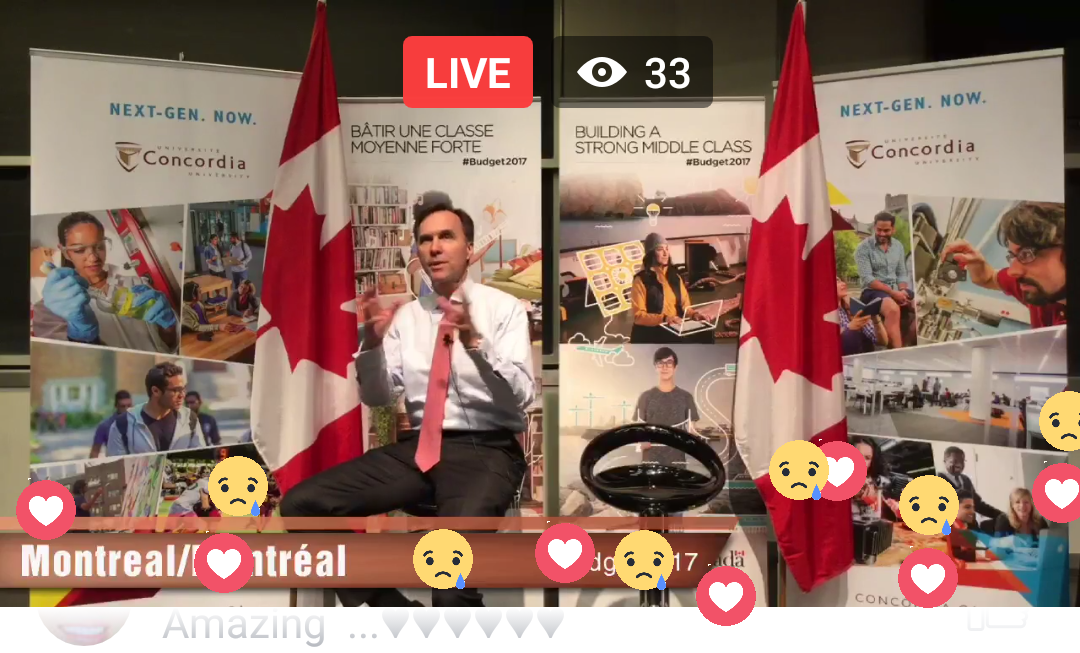 So, with one screenshot and a few avatars, I've created 5 different narratives for what's going on in this video. But wait, there's a problem, you see that number at the top? That's how many people were watching. So 33 people thought Bill Morneau is a hilarious comedian? Urm, yeah, that's going to make a few people stop and take notice of this comic genius, but a few people will notice that his audience is small. Let's make this a much more widely watched video. 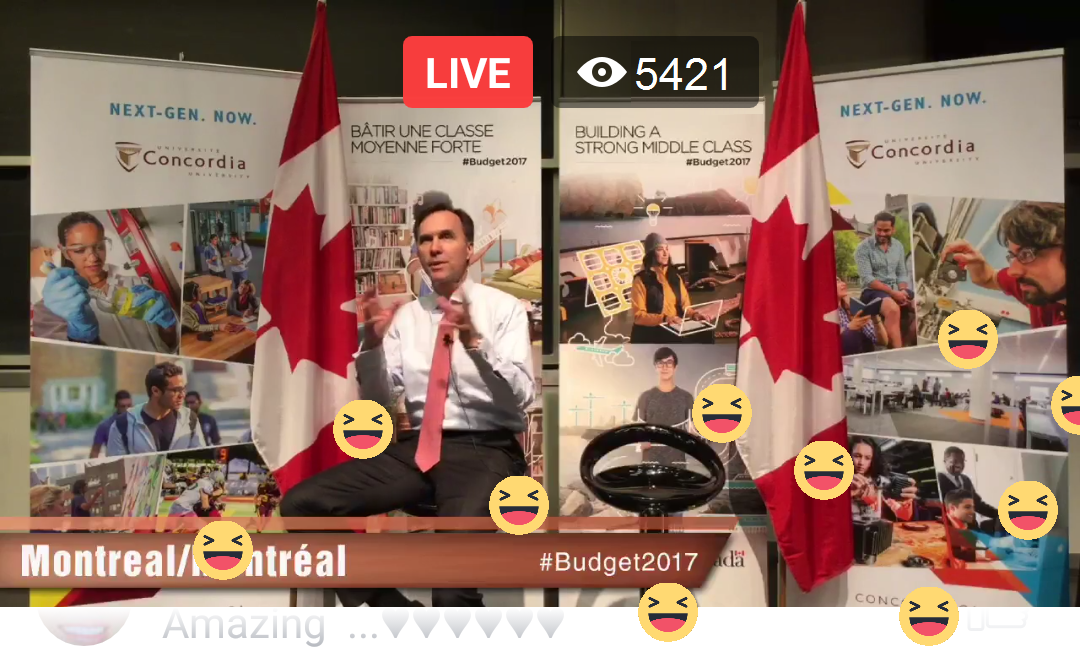 So there you go. Lots of people think Bill Morneau is an excellent comedian, as opposed to being Canada's finance minister, doing a live feed on Facebook from a Q&A session at Concordia University that he promoted to his fans.

This wasn't sophisticated to do. It was done by me using MS Paint for crying out loud! You've seen my website, is it the height of graphic arts? No, I'm a basic basicathon when it comes to designing things. I just do stuff in paint, and choose basic simple graphics because I am too lazy and uncreative to do decent graphics. So what should you learn from this?

P.S. Bill Morneau is none of these things depicted in these crudely edited screenshots, he was the Canadian finance minister and former pensions actuary money type something or other person (I don't deal with money, that's why I pay someone else to do it!) If you are Bill Morneau and object to being depicted as a comedian/best friend of Justin Trudeau/celebrity hearthrob/goldfish owner then please get in touch with me and I will redo this with another politician who I am less keen on and has no reputation to defend.