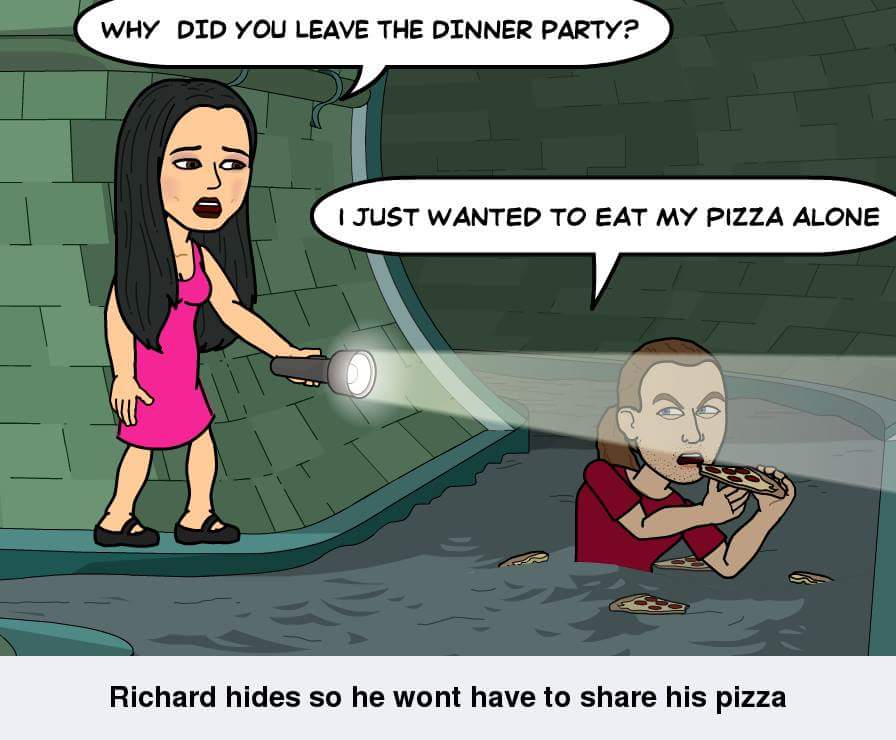 Sharing pizzas when you order pizzas is an absolutely terrible idea. I was once upon a time listening to the radio and specifically listening to a dreadful morning radio show by a couple of annoying radio personalities who used to get into arguments about stuff. One of these arguments was about the annoyance of when you order a pizza delivery as a group, and one person in the group decides that you are going to share all of the pizzas you have ordered between you as an involuntary pizza buffet.

This is completely unacceptable behavior to share the pizzas in this way.

You see, if I ordered a barbecue sauce pizza with Canadian bacon, cheese curds, maple syrup, and 5 year old Ontario cheddar, along with venison sausages, there is a really good possibility that all I wanted was a barbecue sauce pizza, with Canadian bacon, cheese curds, maple syrup, 5 year old Canadian cheddar and venison sausages. So what benefits do I get from sharing my delicious pizza that's all I want with you in exchange for your disgusting pineapple and banana Pizza, that I did not want, which presumably you being a complete and utter weirdo is something that you want your self? I am at peak pizza already, I don't need your pizza, it is not an exchange I am interested in, and exchanges can only happen when there are two parties who feel they are gaining something from the exchange, and I don't, so this pizza sharing idea is rubbish.

Look, seriously there is no excuse ever to share a pizza with the exception of if you have fewer pizzas than people, and you have agreed with the person(s) you are sharing the pizzas with as to the toppings you would like on the pizza, and this agreement about the pizza toppings includes vetoing of rubbish toppings that one or other of you does not like. In short, you form a consensus on the overall arrangement of the pizza. This is the only legitimate reason to ever share a pizza.

If all of you are ordering your own pizzas, which you have chosen independently, then you must have your own pizzas. Because pizzas are the ultimate in customizable food, you can put any topping you would like on the pizza. If you'd like a mixture of different toppings on your pizza, you can order a half and half pizza and get a mixture of toppings on both halves of the pizza, which suit your culinary palette and the rest of the pizza toppings.

If you share the pizzas as a buffet when your collective orders your takeaway pizzas, you are in fact making everyone's pizza eating experience far worse. You are ruining everything for everyone, and making life suck because the same thing happens with everyone. The person who ordered the Hawaiian pizza doesn't just get a Hawaiian pizza. Instead they get only one slice of Hawaiian, and 7 slices of non Hawaiian. Whereas someone who orders a tasty pizza (that is not Hawaiian) gets one slice of tasty pizza, 6 slices of a normal pizza, and one slice of horrible Hawaiian pizza. So everyone ends up with a worse pizza eating experience.

So if you are tempted when the pizza delivery arrives to slice up and share out the pizzas like some form of communism, then don't. Do not bother. You are ruining the pizza experience that people have been waiting for as they await the delivery. You are ruining people's lives. Stay away from the pizzas and let the people eat their own flavours of delicious pizza that they want to eat. Because pizza is, as I have explained, the ultimate in customizable food it does not need to be shared, ever. 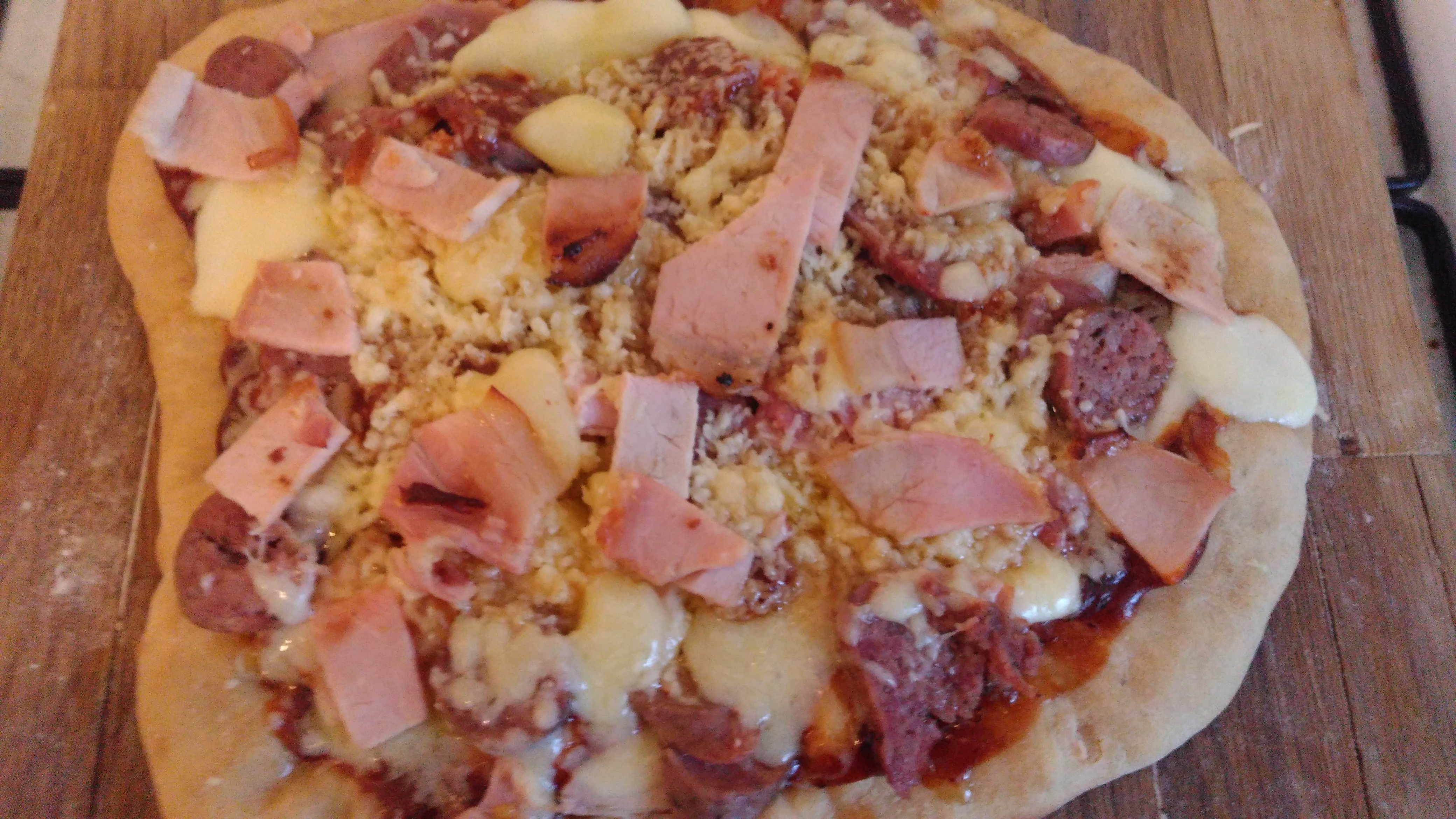 Also, considering I described a barbecue sauce pizza with Canadian bacon, cheese curds, maple syrup, and 5 year old Ontario cheddar and venison sausages. I decided to make one. Unfortunately I don't know how old this Canadian cheddar was (age statemented Canadian cheddar isn't easy to find in the UK), but the bacon was maple cured, and the maple syrup was dark. Also cheese curds are hard to find so this is keysari, which has a similar texture, so yeah, I made this epic pizza. And guess what? I don't want 1 slice of this and 1 slice of your Hawaiian pizza, because why would I want to? 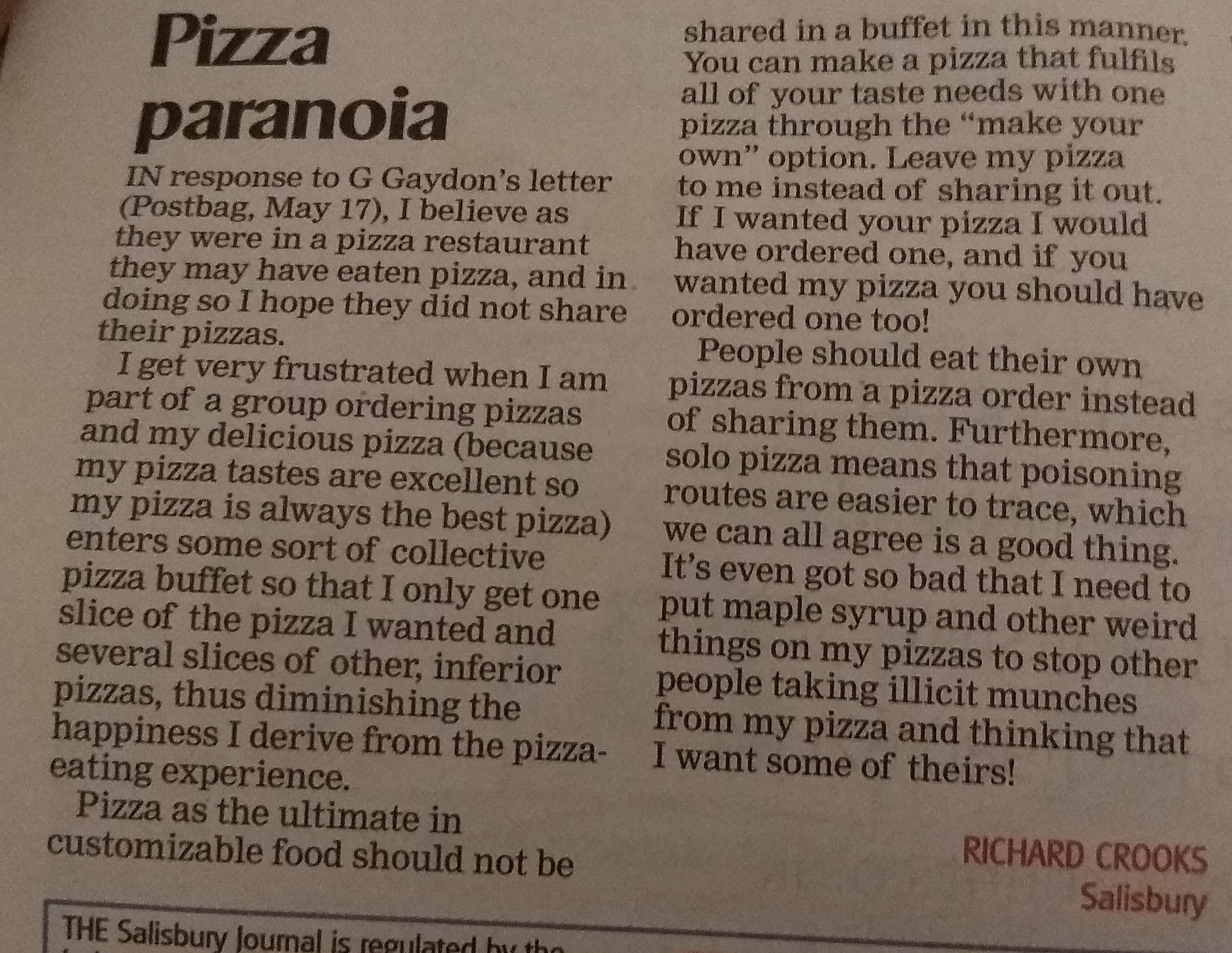 Furthermore, in light of the Skripal poisoning, The Salisbury Journal published my letter about why people definitely shouldn't share pizzas.